How to generate random character strings in a range in Excel?

Kutools for Excel: with more than 200 handy Excel add-ins, free to try with no limitation in 60 days. Download and free trial Now!

The following formulas can help you generate random numbers, letters and alphanumeric values in a range in Excel.

1. To create a random 5-digit number between 10000 and 99999, use this formula: =RANDBETWEEN(10000,99999), and press Enter key, a 5-digit number will be display in a cell, then select the cell and drag the fill handle across to the range that you want to contain this formula, a range of 5-digit numbers have been generated, see screenshots:

Note: you can change the arguments to get your need. 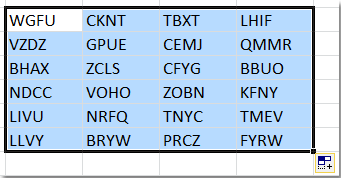 (3.) You can use the character & to add the number of letters you need. 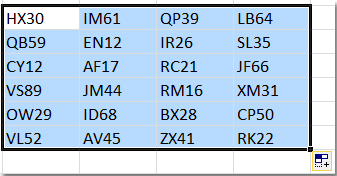 Note: you can change the arguments to get the digit number as you need, and use & to add the number of letters.

If you feel above formulas are difficult and troublesome, the following VBA code can help you much easier. Please do as this:

1. Hold down the ALT + F11 keys, and it opens the Microsoft Visual Basic for Applications window.

2. Click Insert > Module, and paste the following macro in the Module window.

3. Then save and close the code, in a cell, enter this function =RandomizeF(x,y) to insert a random character string with a minimum length of x characters, and a maximum length of y characters.

1. Select a range in which you will generate random strings, and then click Kutools > Insert > Insert Random Data. See screenshot:

3. In the Insert Random Data dialog box, click String tab, and choose the type of characters as you need, then specify the length of the string in the String length box, and finally click the OK button. See screenshot: 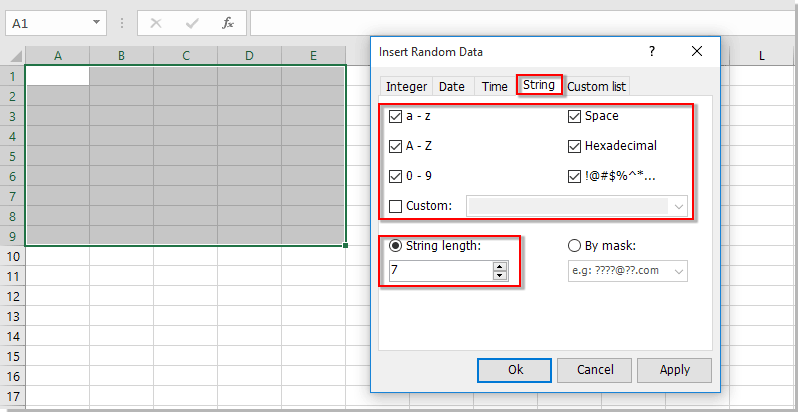 Then the selected range has been filled with random character strings. 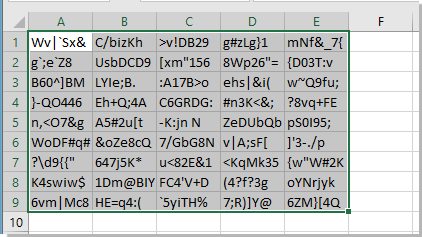 Tip: if you want to generate or insert a specified formatting data strings (such as ????@.??.com) in a range, you can also use this utility. Do as this:

1. Select a range and specify the characters and check By mask. Then input the specified data strings you need. See screenshot: 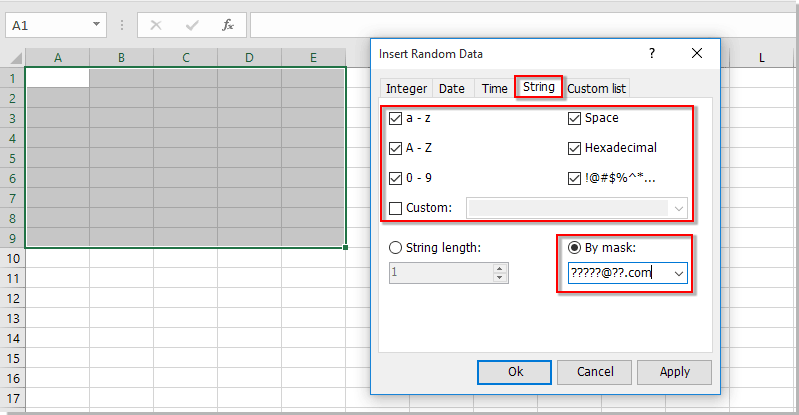 Note: Using ? to indicate a digit of random character in the final specified formatting strings.

2. Then click OK or Apply. The specified formatting data strings have been generated randomly as follows. See screenshot:

Kutools for Excel's Insert Random Data can help you easily process the following operations in a range cells.

Tip.If you want to have a free trial of this utility, please go to download the software freely first, and then go to apply the operation according above steps.

Office Tab brings the tabbed interface as seen in web browsers such as Google Chrome, Internet Explorer new versions and Firefox to Microsoft Excel. It will be a time-saving tool and irreplaceble in your work. See below demo: