Normally, the bell curve chart is used to evaluate exam grades or employee performance appraisals which help you to identify the best, average and poor performers in the team. This tutorial will talk about how to create a bell curve chart in Excel worksheet. 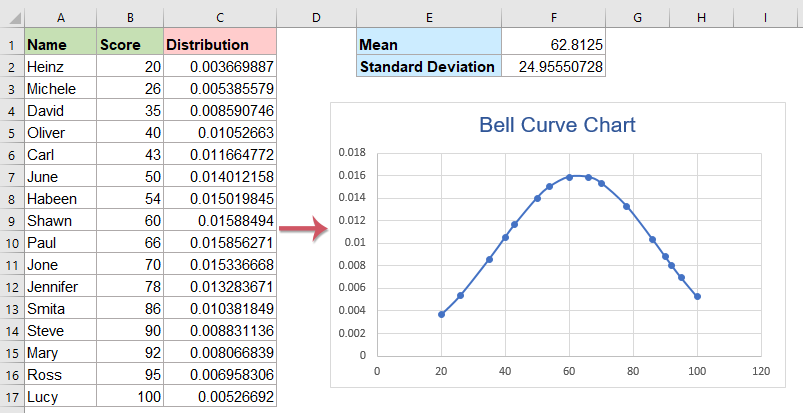 Supposing, you have a list of scores of all your students, now you want to create a bell curve chart based on the grades. Please do with the following steps:

1. Click a cell in the Score column, and then click Data > Sort Smallest to Largest to sort the data in ascending order, see screenshots: 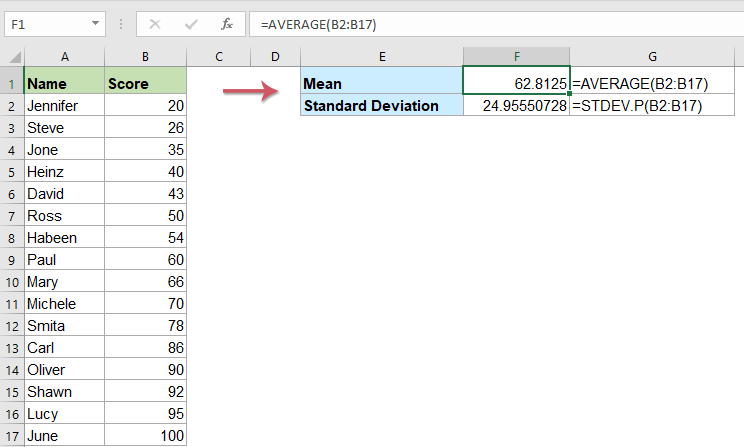 3. After getting the two helper values, please create a helper column beside the original data, enter the below formula into cell C2:

4. And then, drag the fill handle down to the cells you want to apply this formula. 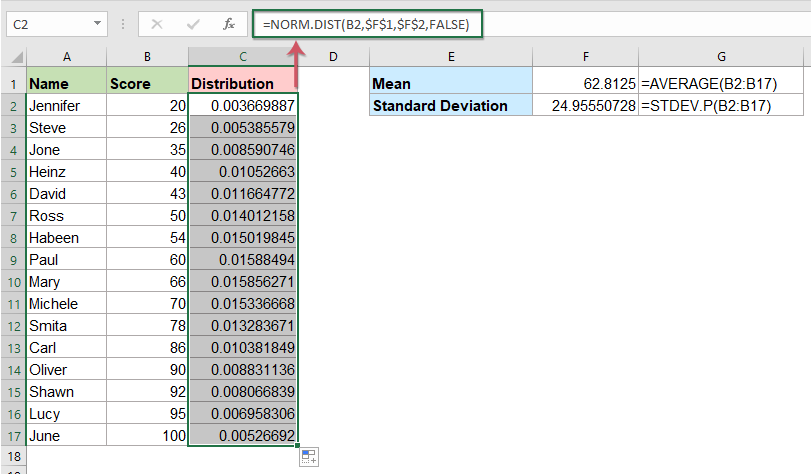 Note: In the above formula, B2 is the cell contains the score value, F1 is the average value and F2 is the standard deviation value you have calculated in above step. 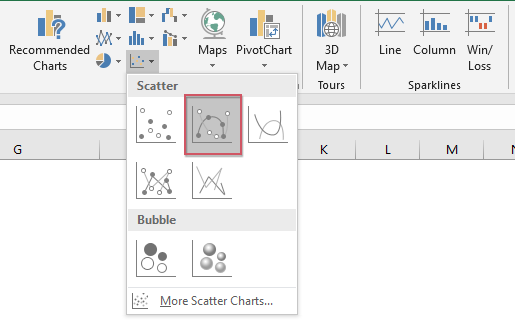 7. At last, you can change the chart title to your own, see screenshot: 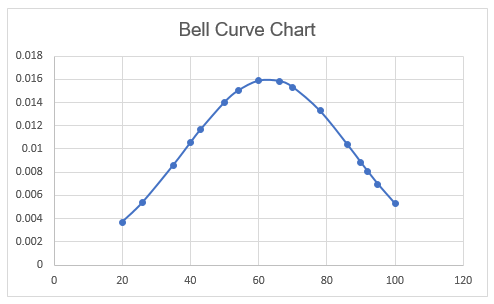 Read More Download
Sort comments by
Oldest First
Newest First
Comments (2)
No ratings yet. Be the first to rate!

yakup     muhamet
#35587
This comment was minimized by the moderator on the site
sebebi neydi ?
Reply
0
0
There are no comments posted here yet
Leave your comments