The RANK.AVG function returns the rank of a number compared to other numbers in the same list. The average rank will be assigned to duplicate values in the list. This function is available in Excel 2010 and later versions. 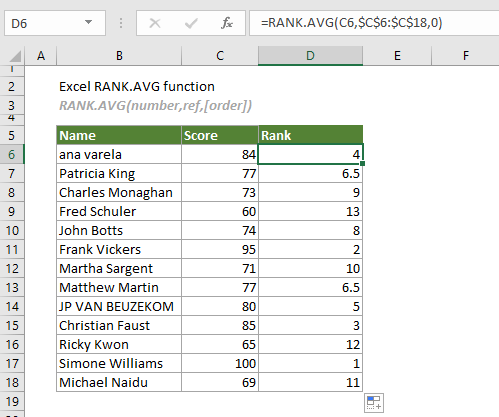 1.If there are non-numeric values in the argument “ref”, they will be ignored;
2.If there are duplicate values in the list, this function will give them the average rank;
3.The #N/A! error occurs if the number you supplied for “number” does not exist in “ref”;
4.When ranking the list in descending order, the largest number in the list will be ranked #1. For ascending order ranking, the smallest number in the list will be ranked #1;
5.It is not necessary to sort the list before using the RANK function, because the rank of the numbers will be their positions after sorting.

There is a class report card as shown in the screenshot below. To calculate the rank of each score compared to other scores within the report, you can apply the RANK.AVG function to get it done. 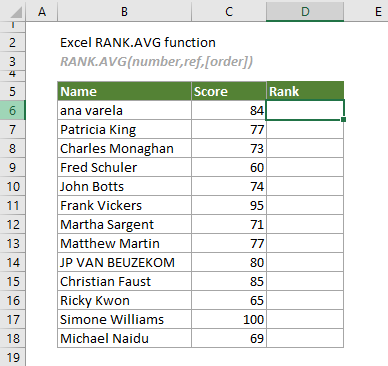 Select a cell (says D6 in this case) next to the first score, enter the formula below and press Enter to get the rank of the first score in the list. Select this result cell and drag its AutoFill Handle down to get rankings of other scores. 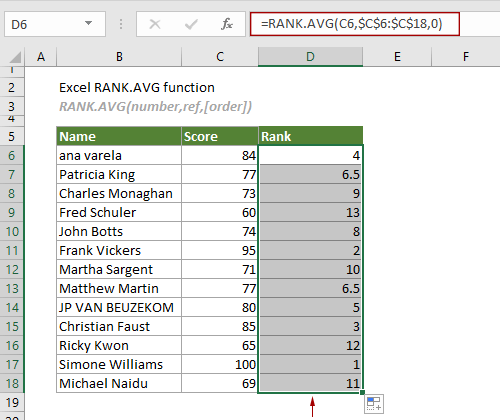 1) In this case, the RANK.AVG function assigns the average rank value (6.5) to the number 77 that appears twice in the list to occupy the 6th and 7th positions. Meanwhile, you can see that none of the numbers have a rank of 7. This is because the presence of duplicate values affects the ranks of subsequent numbers. 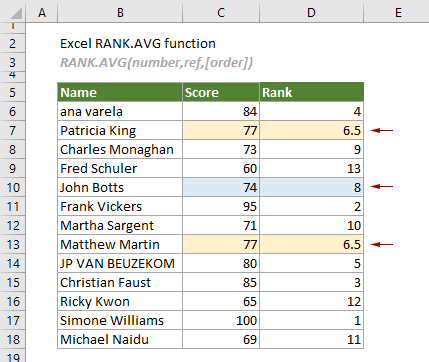 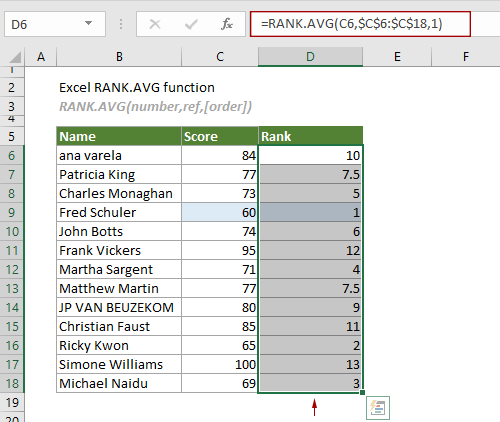 Excel RANK function
The RANK function returns the rank of a number compared to other numbers in the same list.