The Excel TRANSPOSE function rotates the orientation of a range or array. For example, it can rotate a table that arranged horizontally in rows to vertically in columns or vice versa.

Array (required): An array or range of cells that you want to transpose.

The TRANSPOSE function will return an array in a new orientation based on a certain range of cells.

Example 1: Flip the orientation of a given range

Supposing you want to flip the orientation of range B4:I5 as the below screenshot shown, you can try as follows to achieve it.

Note: You must select the same number of cells as the original set of cells, but in the other direction. 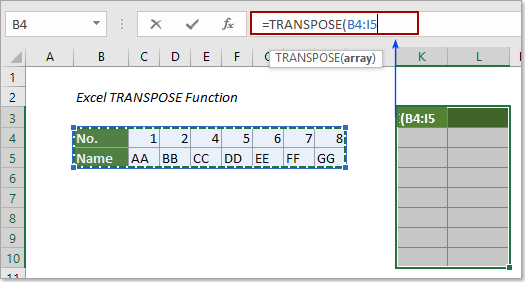 2. And then press the Ctrl + Shift + Enter keys to return the new array. 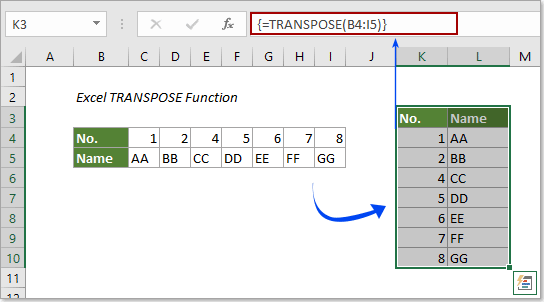 Normally, if the specified array contains blank cells, these blank cells will display as 0 in the new array after using the Transpose function. See screenshot: 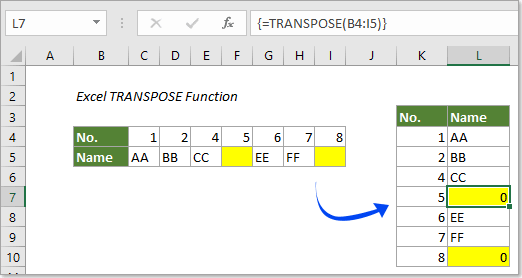 If you want to transpose table without zeros, the method in this section can help.

2. Press Ctrl + Shift + Enter keys at the same time to get the new array without zeros as below screenshot shown. 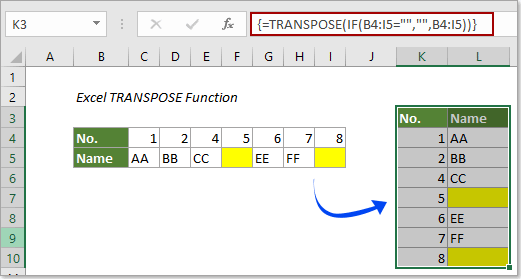 Note: If you want to put “blank” into the blank cells of the new array rather than keep it empty, please enclose this text in the second double quotation marks in the formula:
=TRANSPOSE(IF(B4:I5="","blank",B4:I5))
And then press the Ctrl + Shift + Enter keys. 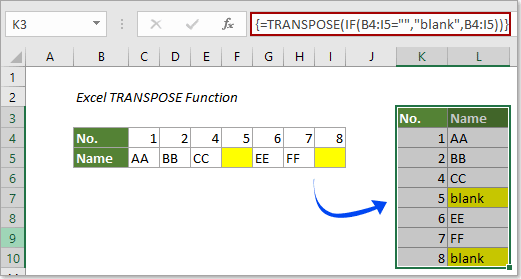 How to quickly transpose blocks of data from rows to columns in Excel?