If you would like the tabbed concept in Firefox or IE, it would be a pleasant gift to see the tabbed windows for Microsoft Office. Office Tab is a fantastic add-in for Office, bringing tabbed browsing and tabbed editing to any office application, such as Word, Excel and PowerPoint.

See the screen shot below: 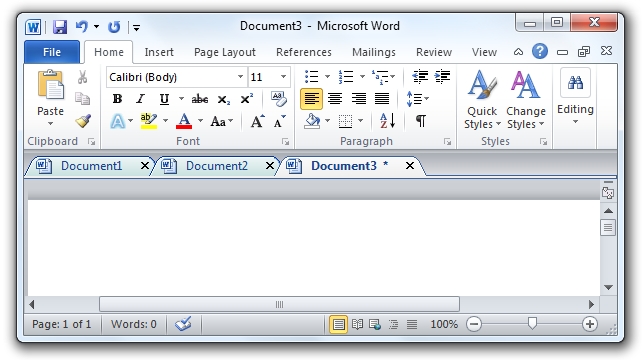 If you have not ever heard of Office tab, the office tabbed window is unavailable for your Microsoft office without this office add-in. When using Microsoft Office, how many word documents are open, there will be how many word windows listed on the taskbar, which not only narrows the size of the task bar, but also bothers the screen.

For instance, without the office tabbed window, if you open multiple Microsoft word documents in Windows 7, the document windows will be open and arranged horizontally in the Taskbar.

Or the document windows can be gathered in a group in the task bar, but not easy to identify and manage them among so many windows. 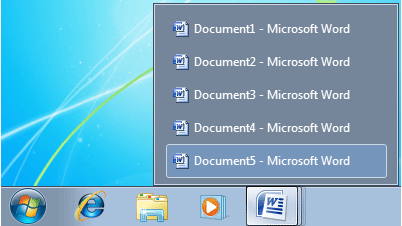