Quickly create folders based on cell values in Excel

Supposing there is a list of your company employee names in an Excel file and you want to quickly create a file folder for each employee by using this list of data in Excel, with the help of Create Folders from Cell Contents utility of Kutools for Excel, you can easily create multiple file folders by using the contents of cell values. 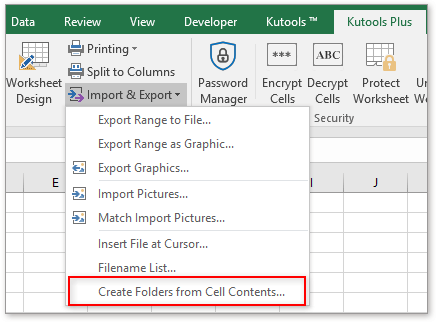 1. Select the range which contains the cell values you want to use for creating folders.

button to specify a certain directory that you want to put the folders in. Then click Ok. See screenshots:

3. And go to the folder, you will see the folders have been created. See screenshot: 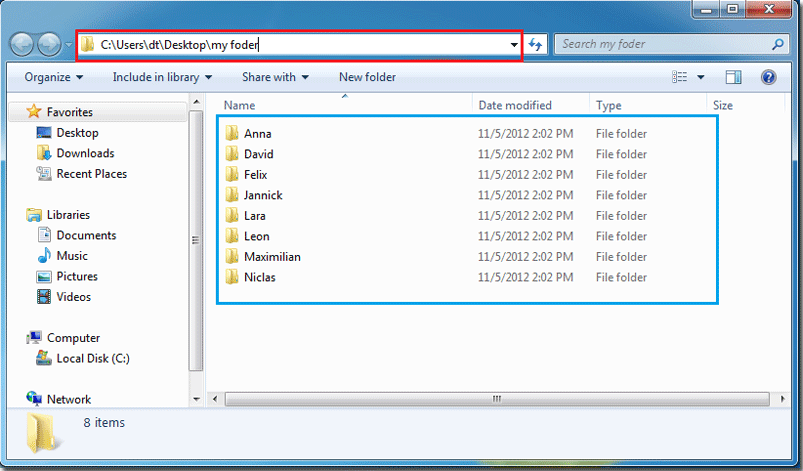 Demo: Quickly create folders based on cell values in Excel

Kutools for Excel: with more than 300 handy Excel utilities, free to try with no limitation in 30 days. Download and free trial Now!