Easily add poly line to a column chart in Excel

Normally, we are using column chart to compare values across a few categories in Excel. Apart from comparing data, how to make a column chart more attractive? Here recommend a handy chart tool – Add Poly Line, which provided by Kutools for Excel. With this tool, you can easily add a poly line with arrow to a chart to show the data trend in a period of time. As the below screenshot shown, with the poly line in the chart, others can gain the sales trend in a year at a glance. 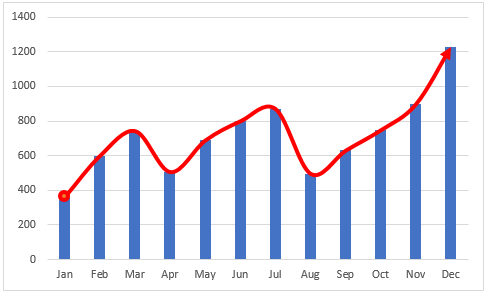 Add polyline to a column chart in Excel

This section is going to show you how to apply this feature to add a polyline to a column chart in Excel.

1. Select a column chart you will add a polyline. 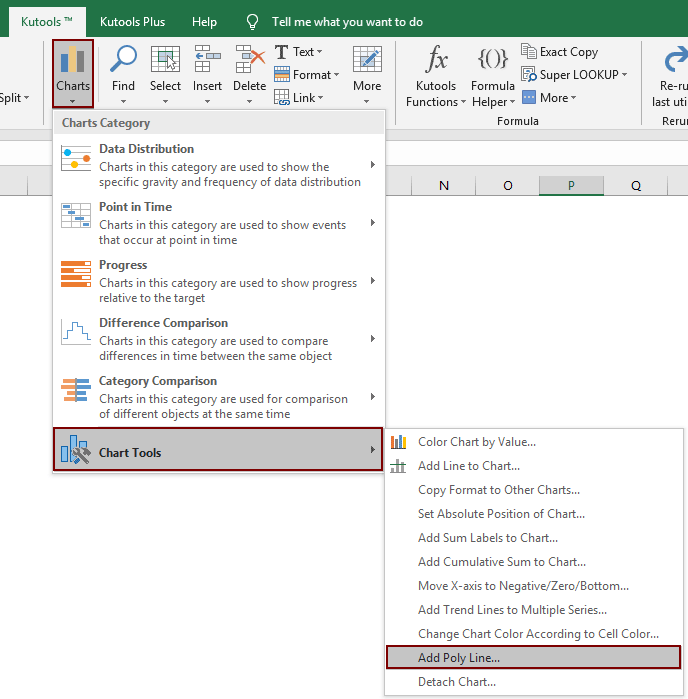 Then a polyline is added to the selected column chart as the below screenshots shown. 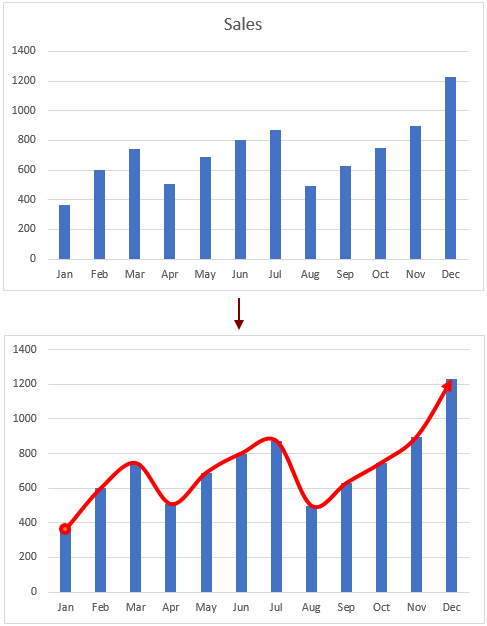