Change chart color based on category in Excel

As we known, the chart will be set with Excel default color while creating a chart in Excel. But sometimes, you want to create and color a chart based on the cell colors as below screenshot shown. Certainly, you can change the colors of series one by one with the Fill and Outline feature. However, for smartly handling this job, you can try the Change Chart Color According to Cell Color utility of Kutools for Excel. 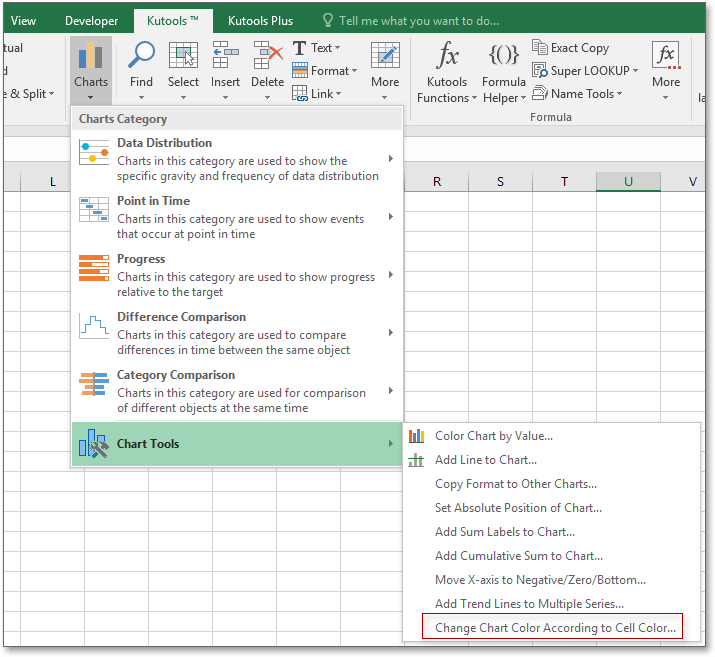 Select the chart that you want to change the color based on the cells, then click Kutools > Chart Tools > Change Chart Color According to Cell Color.

Then a dialog pops out to remind you that the operation has been finished. Click OK, the chart color has been changed.