Completely clear all formatting of a range in Excel

1. Select a range that you want to clear all characters formatting.

3. Then all of the characters formats have been removed completely. See screenshots: 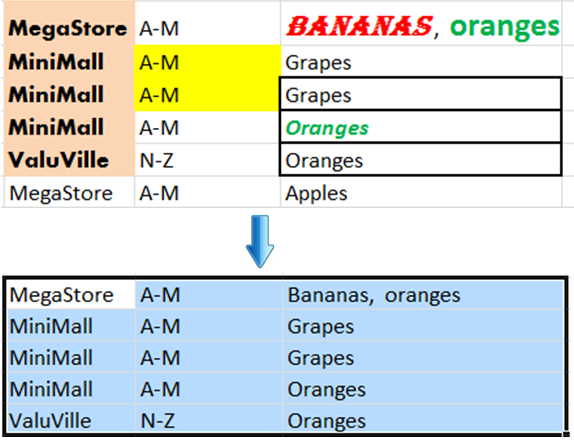 Let’s see what will happen after applying both functions. 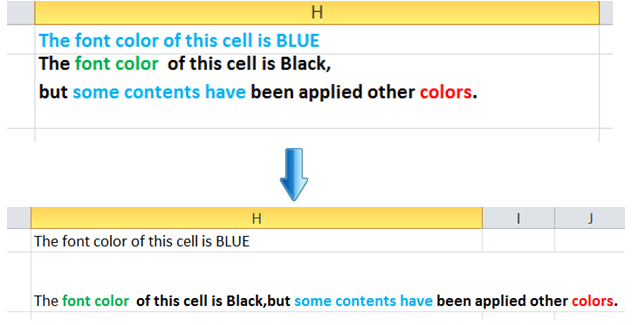 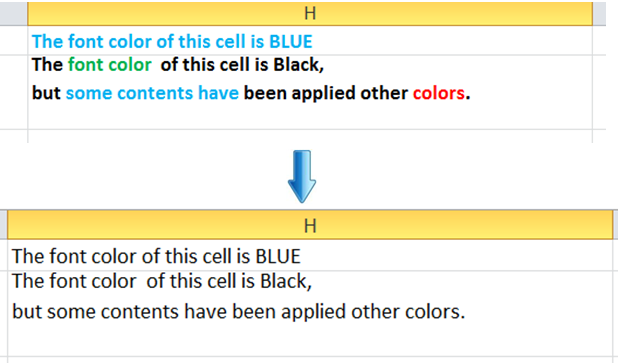 As you can see, the Clear Formats in Excel won’t clear the formatting that’s applied to the contents.

Demo: Completely clear all formatting of a range in Excel