Supposing you have a list of seconds as the below screenshot shown, and now you want to convert each seconds in the list to hh:mm:ss time format, please do as follows. 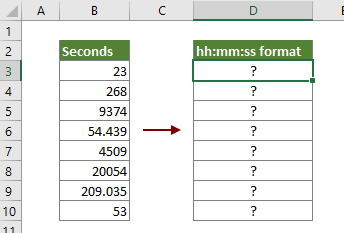 1. Select a blank cell to output the first result (in this case, I select cell D3). 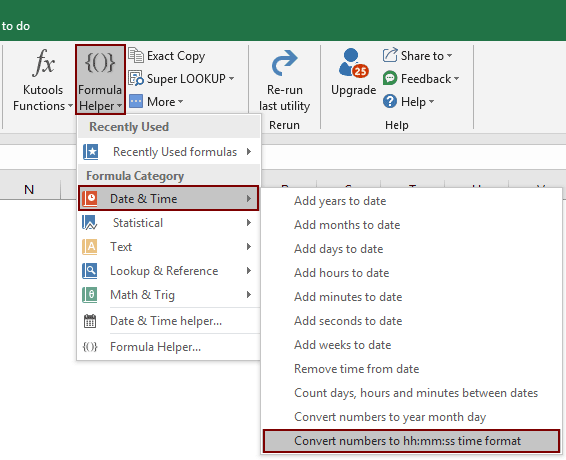 Note: You can also click Formula Helper > Formula Helper to get into the Formulas Helper dialog box. Then find and select Convert seconds to hh:mm:ss time format to enable this feature.

3. In the Formulas Helper dialog, select the cell containing the seconds you will convert to hh:mm:ss time format in the Number box, and then click the OK button. 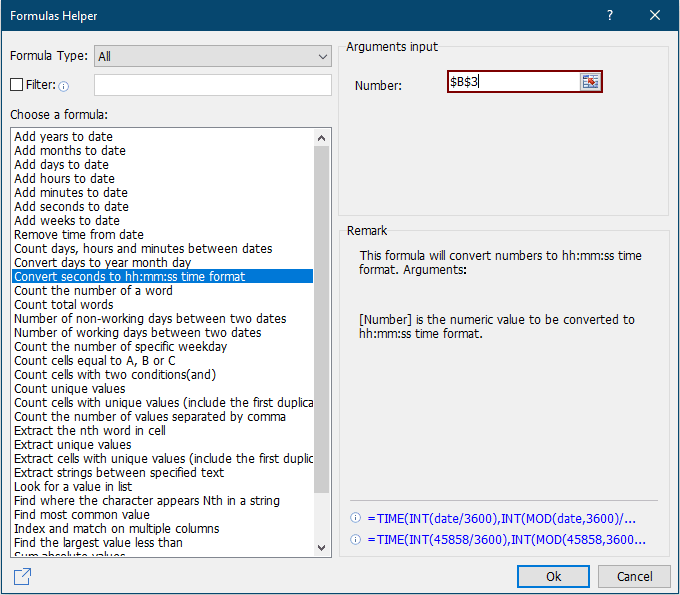 4. Now the calculated result is inserted into the selected cell. Just select the result cell, drag its Fill Handle down to get all results.

1. To find the exact formula quickly, you can also check the Filter checkbox, and then type the key word you need in the Formulas Helper dialog.