An Excel horizontal dumbbell chart is good for comparing two points of data year on year as below screenshot shown. However, in Excel, there is no built-in dumbbell chart for quickly creation, but with Kutools for Excel’s Charts tools, you can create the dumbbell chart with 3 steps by its Dumbbell Plot Chart utility. 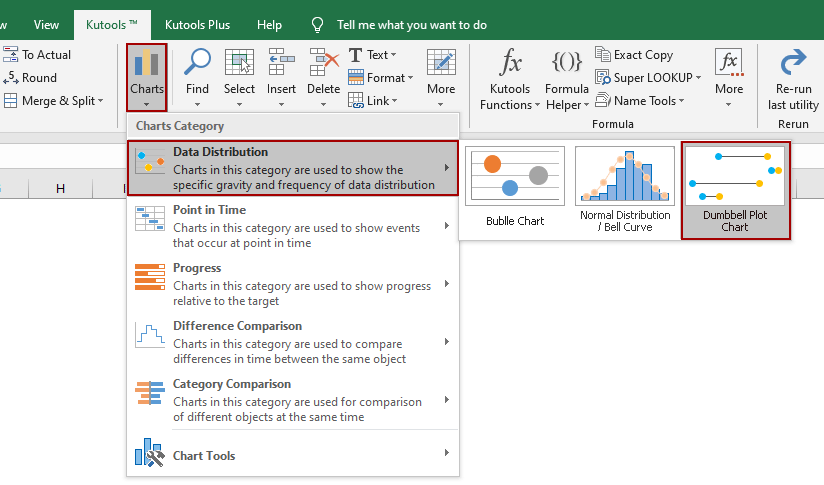 2. Then in the Dumbbell Plot Chart dialog, configure as follows:
(1) In Axis Labels box, click

to choose the label range which will be displayed in Y axis (including column header);
(2) In Data Series 1 and Data Series 2 boxes, click

button to separately select the data which will be compared (including column headers).

Tips: If you do not want to display the series name based on the data, you can choose the data range excluding the column headers, then the series names will be the default names: Series 1 and Series 2.

3. Click Ok. Then a dumbbell plot chart is created.

1. You can click Example button in the Dumbbell Plot Chart dialog to realize how to use this utility.

2. The chart changes as the data changes.

3. If you want to resize or change the color of dots, you can do as these:
(1) Double click any one of the dots to display the Format Data Series pane.

(2) Click the Fill & Line tab, then go to the Marker part. In this part, you can change the plots’ size and filled color. 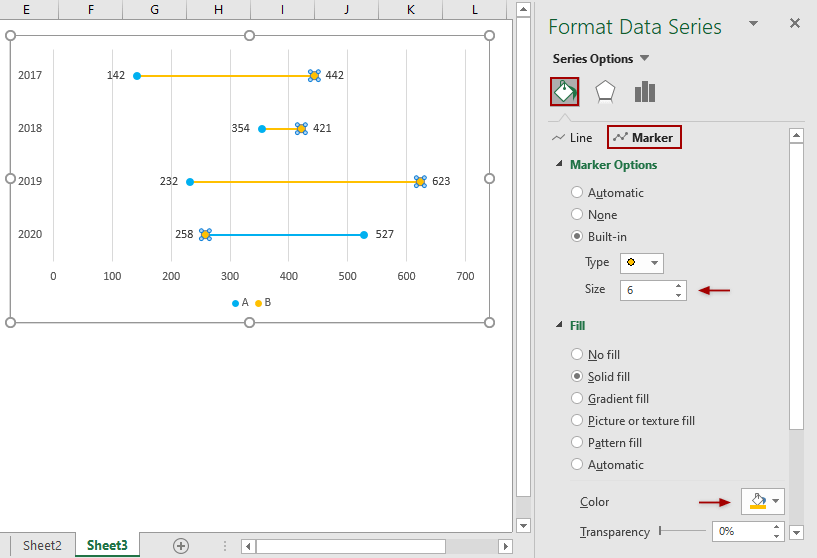 4. The Dumbbell Plot Chart has been enhanced to color the bars between two bells based on the bigger bell values, so that you can quickly identify the difference is positive or negative between the two bell values.