Supposing you got a feedback, and you need to know the answer which appears most frequently among the responds. Normally, you can use formula or VBA code to achieve it. For saving your working hours, Kutools for Excel’s Find most common value feature can help you quickly find the most common value in a list with only several clicks.

Find the most common value with several clicks only

Find the most common value with several clicks only 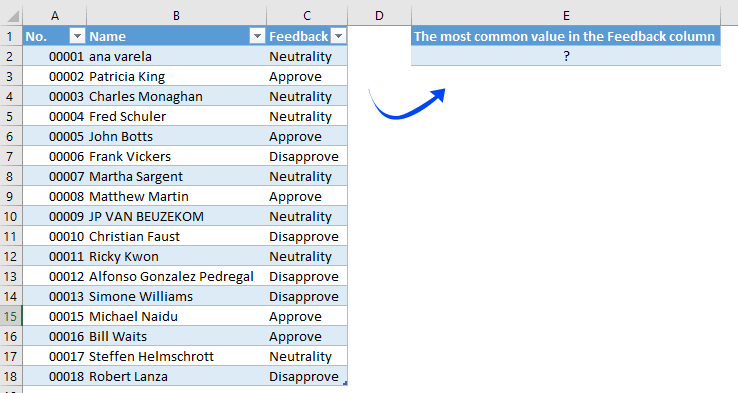 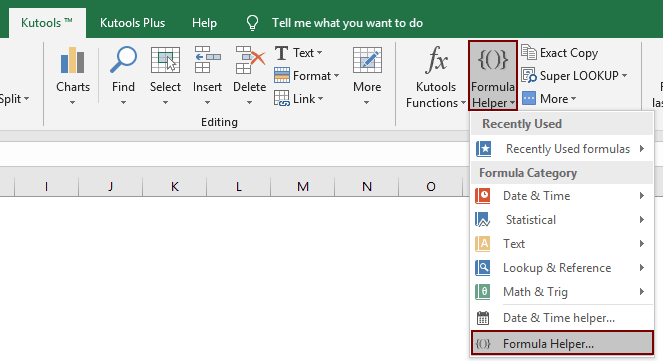 2. In the Formulas Helper dialog box, please do as follows: 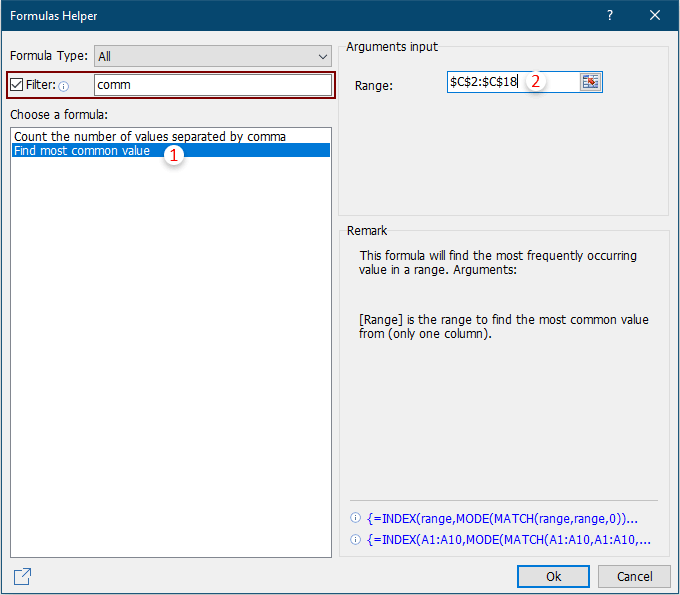 Then you can see the most common value of the specified list is populated in cell E2. 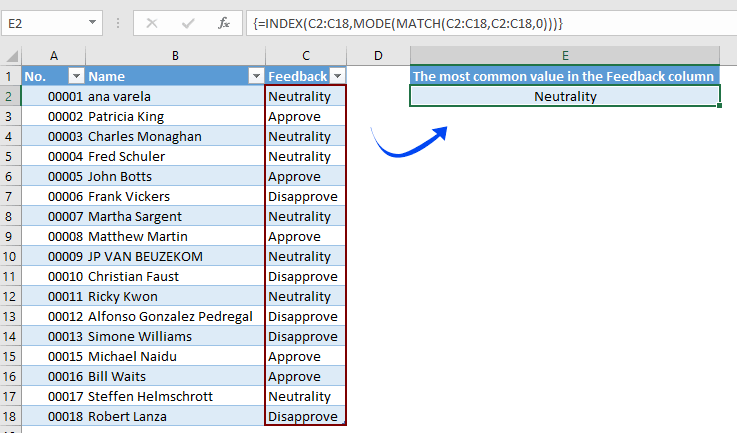 1. This feature is only applied to one column, and it will display an error value if there are blank cells in the list.

2. It only displays the first most common value if there are multiple matching results.

Demo: Find the most common/frequently used value (word or number) in a list