Quickly create a half pie chart in Excel

Normally, we can easily create a full pie or doughnut chart for one series of values in Excel. However, sometimes, you may need to create a half-pie or half-doughnut chart for saving space, catching attention, or for other reasons. Here, Kutools for Excel released the Half Pie Chart to solve the problem easily.

This section will guide you to apply the Half Pie Chart to create a half-pie chart or half-doughnut chart in Excel.

1. Select the source data you will create the half-pie chart or half-doughnut chart based on. 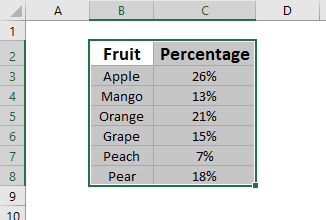 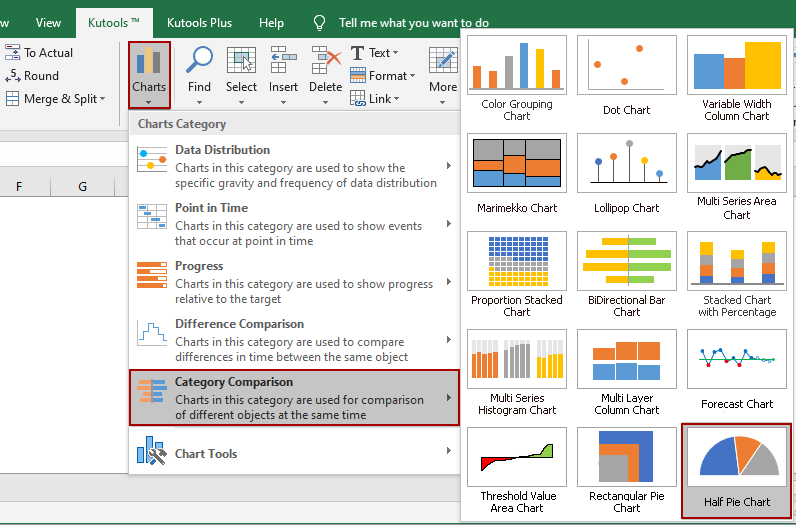 3. In the Half Pie Chart dialog, you need to do as follows:
(1) Specify the chart type as you need;
(2) Specify the source data.
Tips: By default, the Axis Labels and Series Values ranges are filled automatically based on the source data we selected in the first step. If they are incorrect, you can manually change them as need.
(3) Click the OK button to create the chart.

Then the specified type of chart is created based on the specified source data. And you can view the effect pictures of both chart types in next section.

1. If you choose the Half-circle Pie Chart option in the Half Pie Chart dialog, the created chart will look like below screenshot: 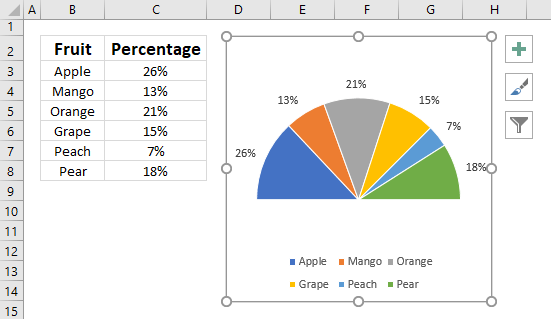 2. If you check the Semi-circular Ring Chart option in the Half Pie Chart dialog, the created chart will show as below screenshot. 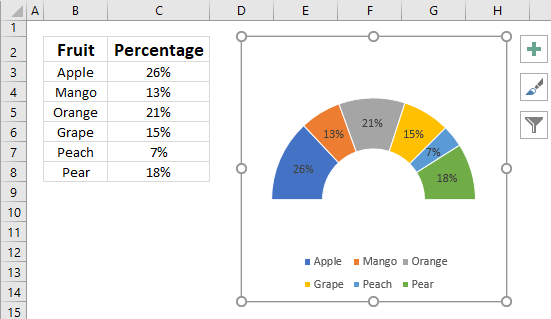 1. In the Half Pie Chart dialog, you can click the Example button to open an example workbook with the half-pie chart and half-doughnut chart. However, the operation will close the current dialog. 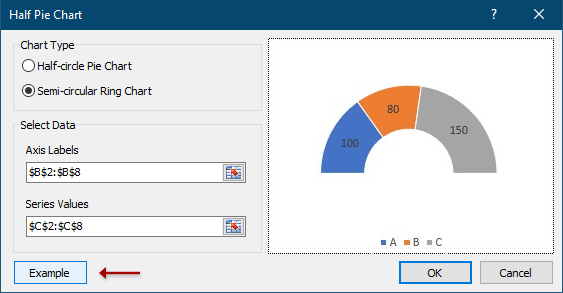 2. When creating the half-pie chart or half-doughnut chart, it will create a hidden sheet (named as “Kutools_Chart”) to store some intermediate data.