Quickly insert multiple pictures into cells and arrange them neatly

Generally speaking, it is easy for you to insert one picture into worksheet, but if you want to insert multiple pictures into worksheet, it may difficult for you to arrange them neatly. With the help of Kutools for Excel's Import Pictures utility, you can quickly deal with the following operations: 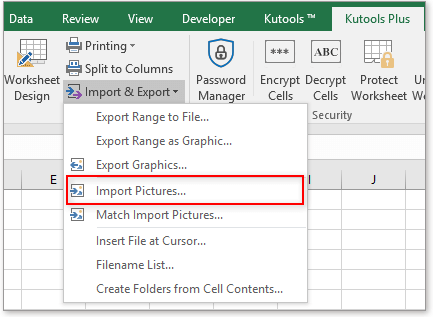 If you just want to insert multiple images into a range of cells randomly, please do as this: 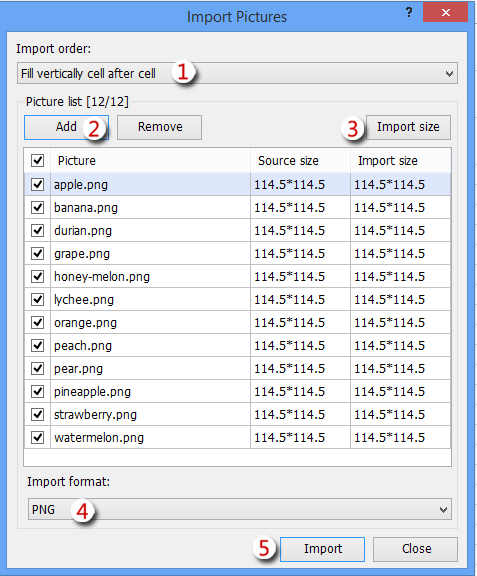 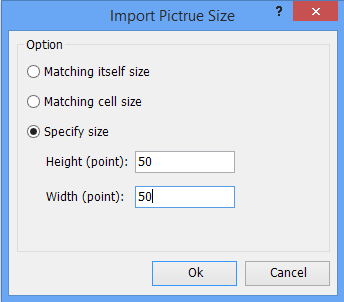 3. After setting the picture size, please click Ok to return to the former dialog, then click Import button at the bottom of the dialog.

Note: If you want to only import picture in certain image format, such as .png images, you can click the Import format box and then specify the PNG from the drop down list.

4. When the second Import Picture dialog box comes out, specify the destination range you will import picture into, and click the OK button.

5. And then your selected images have been inserted into the cells with the specific size in a certain order. 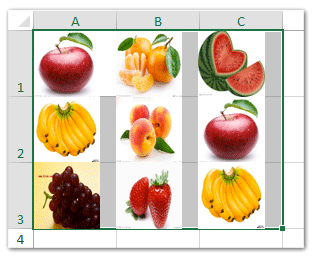 1. If your selected cells are more than the pictures that you need to insert, other blank cells will be filled with the pictures as its order.

2. You can also just select one cell and import all selected pictures vertically or horizontally.

Kutools for Excel: with more than 300 handy Excel utilities, free to try with no limitation in 30 days.Download and free trial Now!