To create a normal distribution or bell curve chart in Excel quickly, please apply the feature with below steps: 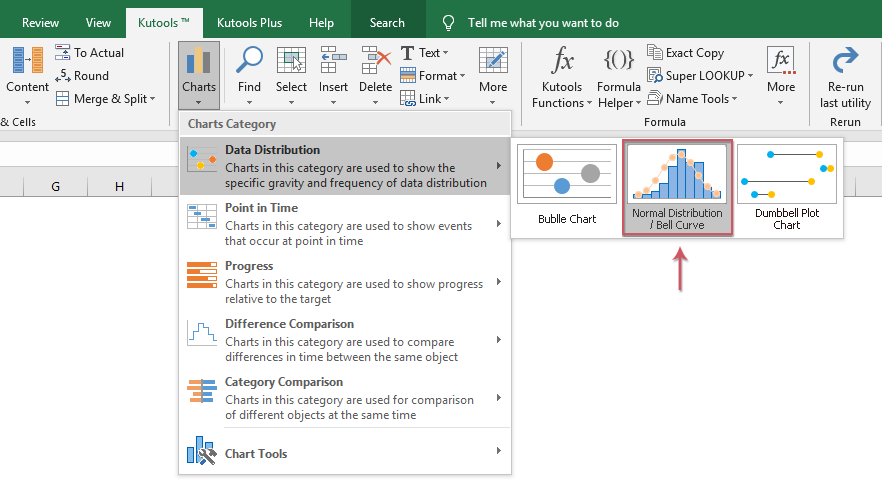 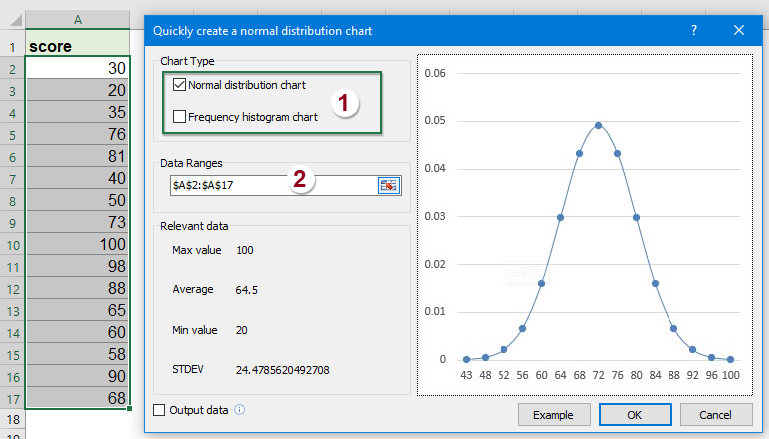 3. Then, click OK button, the normal distribution or bell curve chart has been created at once, see screenshot: 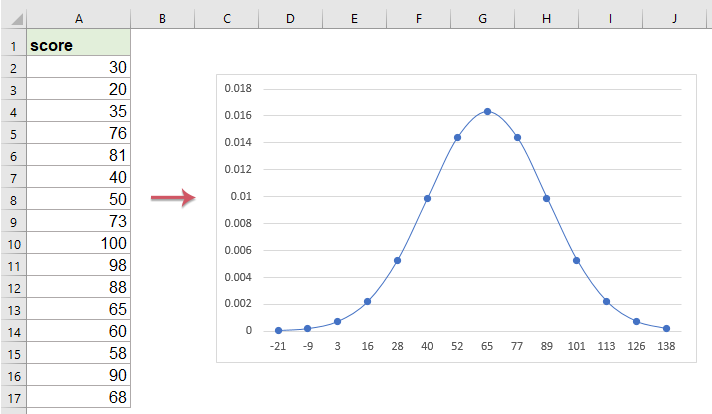 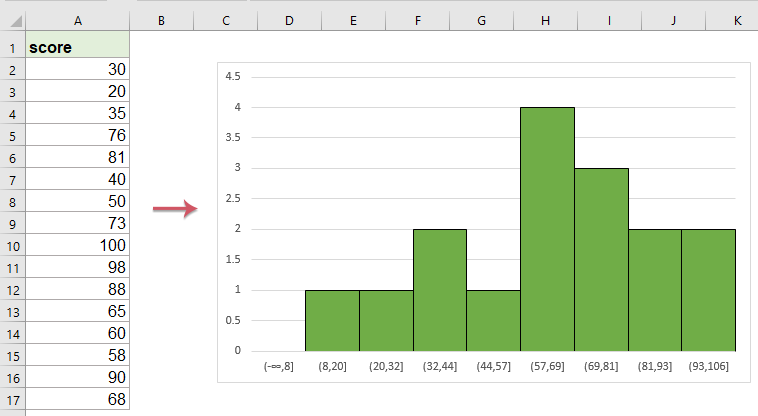 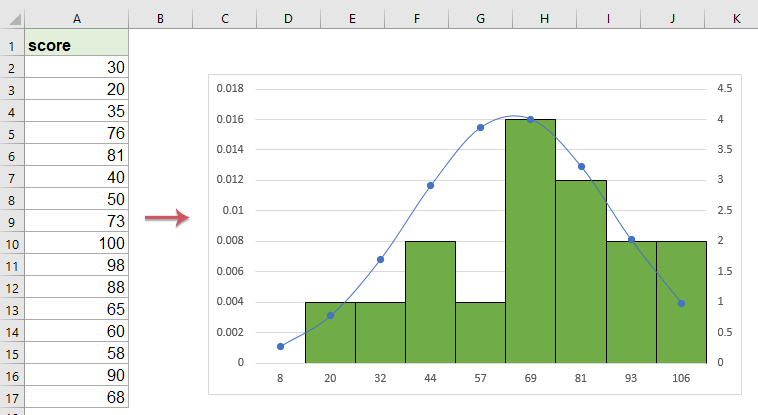 2. You can click the Example button in the Quickly create a normal distribution chart dialog box at your first use, and it will create a new workbook to display a sample data and chart for you.