Create radial bar chart in Excel with only several clicks

A radial bar chart also named multilayered doughnut chart which evolves from the classical bar chart as below screenshot shown, comparing with the normal bar chart, the radial bar chart is displayed on a polar coordinate system, it is more professional and impressive for people. Normally, it may be troublesome for you to create this chart, but, if you have Kutools for Excel, with its Radial Bar Chart feature, you can create this type of chart with only several clicks. 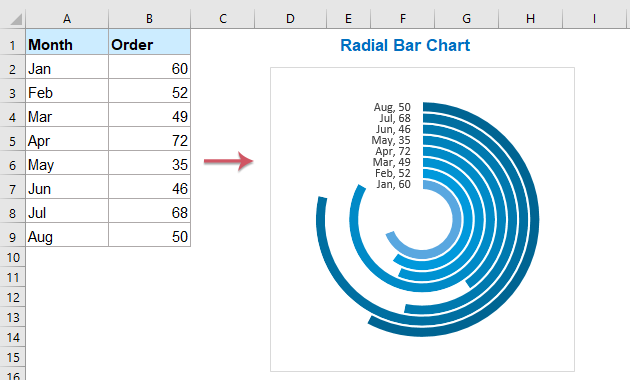 After installing Kutools for Excel, please do with the following steps: 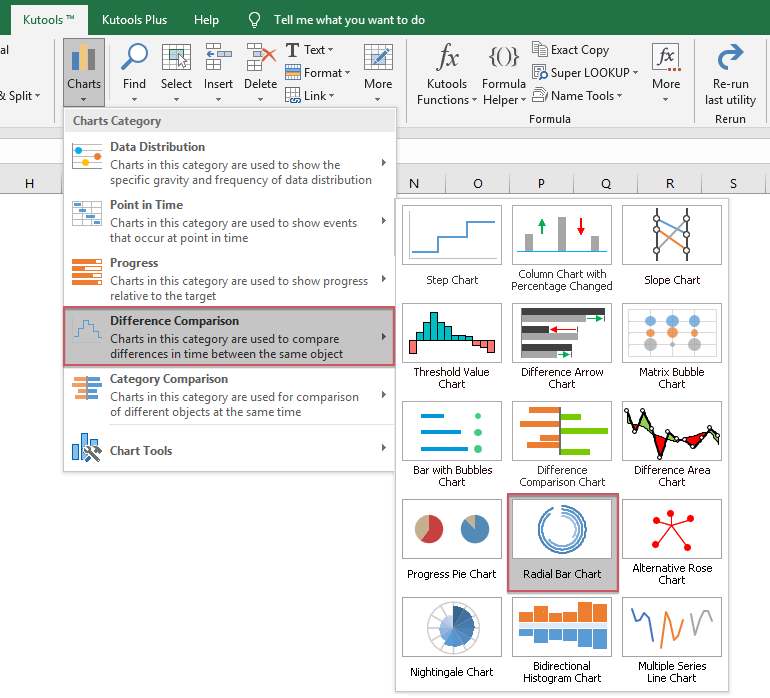 2. In the popped out Radial Bar Chart dialog box, select the data range of the axis labels and series values separately under the Select Data box. See screenshot:

Tips: You can also select the data range firstly, and then click Kutools > Charts > Difference Comparison > Radial Bar Chart to enable this feature, and the selected data will be filled into the corresponding textboxes automatically.

3. And then, click Ok button, the radial bar chart is inserted into the worksheet at once, see screenshot:

1. If the source data range is greater than 10 rows (exclude the headers), a prompt box will pop out to remind you when you creating the chart, see screenshot: 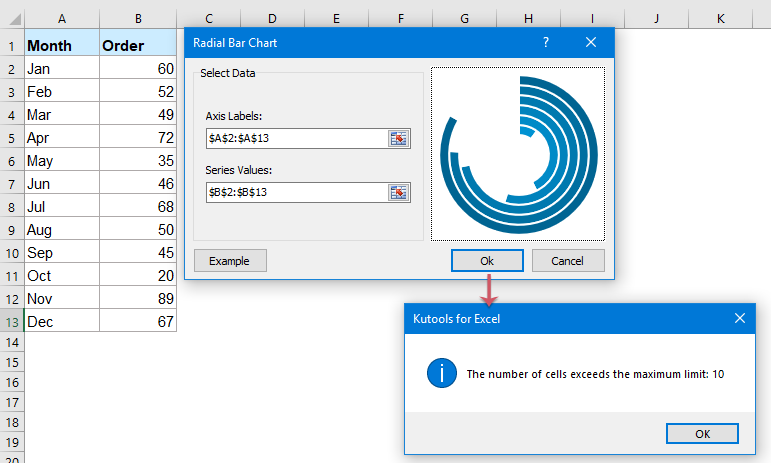 2. If you want to change the radial bar color to other colors, you just need to double click to select the blue slice and fill it with a color you like, see screenshot: 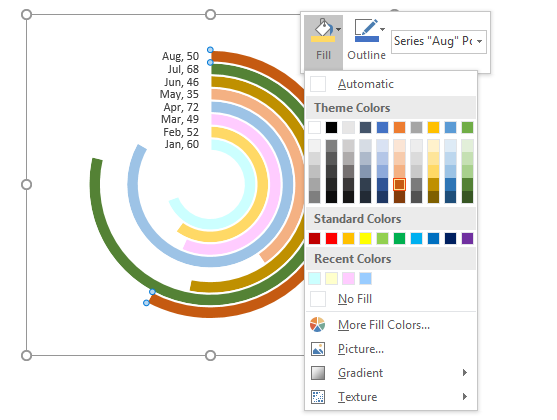 3. When applying this feature to create radial bar chart, a prompt box will pop out to remind you that a hidden sheet (named Kutools_Chart) will be created to store the intermediate data, please don’t delete this hidden sheet, otherwise, the chart will be displayed incorrectly.

4. If your data range contains negative numbers, when applying this feature, a prompt box will pop out to remind you this function does not work.