Supposing you have a range of numbers, some of them are formatted as bold. Here, you want to sum the cell values formatted with bold only, normally, there is no direct way for summing bold values in Excel except creating a VBA code to solve it. Today, I want to recommend you a handy tool-Kutools for Excel, it contains some commonly-used functions, such as count and sum cells based on font color, count and sum cells based on bold font, and so on.

Supposing you have the following data range which contains some bold numbers, to get the total of the bold values, please do with the following step by step:

1. Click a cell where you want to output the result, in this example, I will click cell I2. 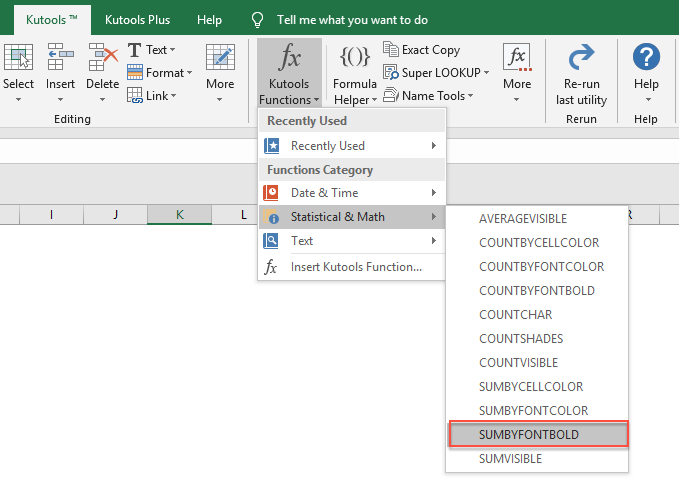 3. In the popped out Function Arguments dialog box, click

button to select the data range that you want to sum the bold cells, see screenshot:

4. After selecting the data range, and then click OK button to close the dialog, and the total value of the bold numbers is gotten. See screenshot: 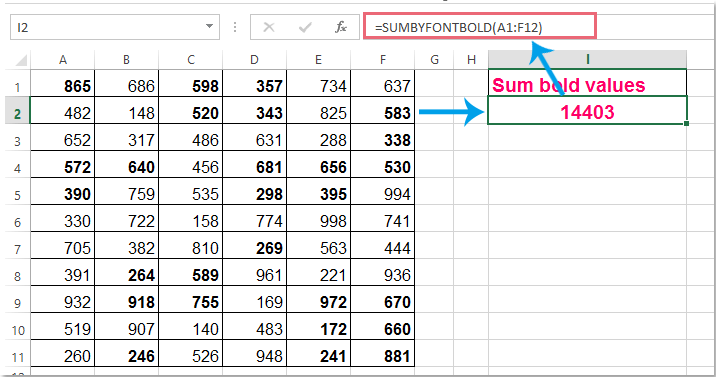 Note: After installing the Kutools for Excel, you can also enter this formula: =SUMBYFONTBOLD(A1:F11) directly into a blank cell to display the result, and then press Enter key to get the calculation.