Quickly sum cell values with text and numbers within one cell

Supposing, you may have a list of values which contain both numerical and text values in a single cell, and now, you want to sum all the numbers with the same text to get the total value as below screenshot shown. Normally, you can’t sum the values in the list with text string directly in Excel, here, I will introduce a useful tool – Kutools for Excel’s Sum based on the same text, with this feature, you can get the total value based on the same text quickly and easily. 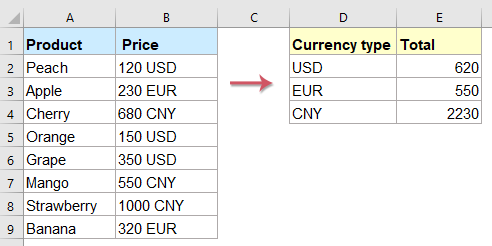 Sum cell values with text and numbers within one cell

Sum cell values with text and numbers within one cell

To sum the cells containing text and numbers based on the same text, please do with the following steps:

1. Click to select a cell where you want to output the result, see screenshot:

Tips: To prevent circular references, please don’t insert this formula into the first row of the worksheet. 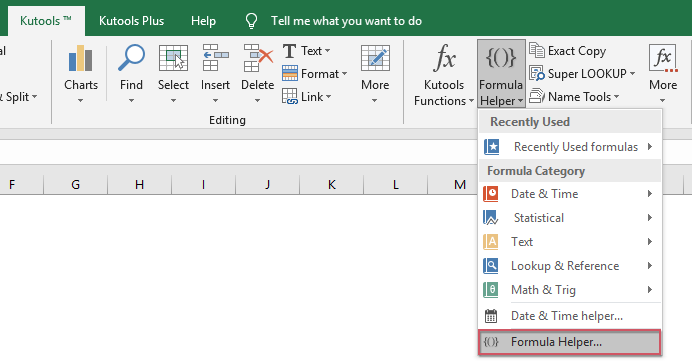 3. In the Formulas Helper dialog box, please do the following operations: 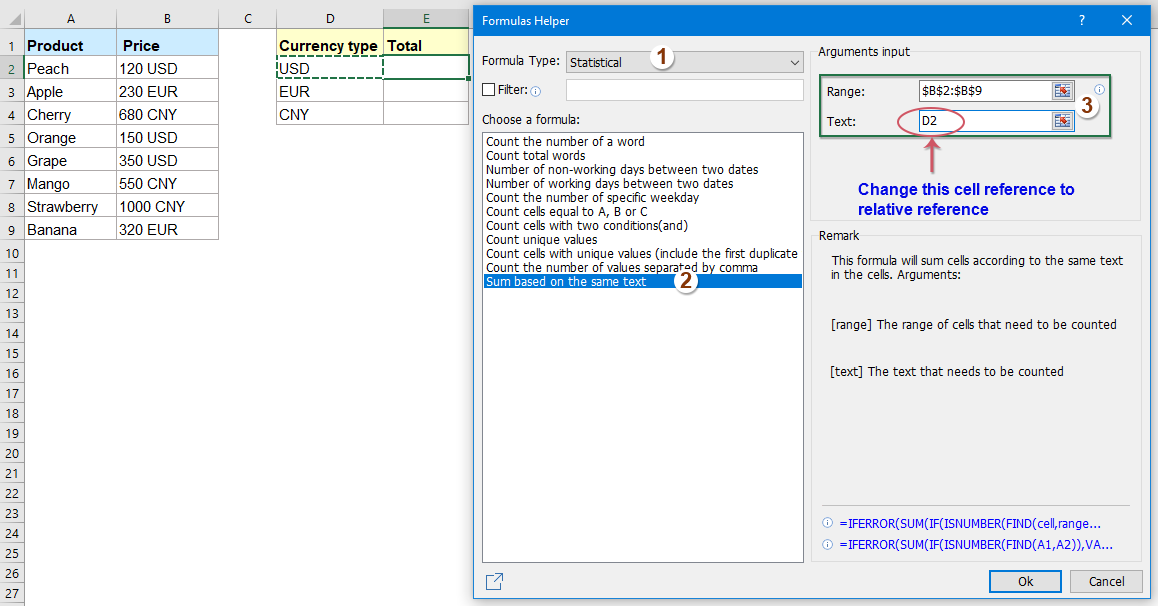 4. And then, click Ok button, the first result will be calculated as below screenshot shown:

5. Then, select the first formula cell, and drag the fill handle down to the cells for applying this formula, and you will get all results of the same text as you need. See screenshot:

Note: This formula is case sensitive.