Supposing you want to insert or add caption for picture (figure) in document as shown in the below screenshot, you can quickly get it done as follows: 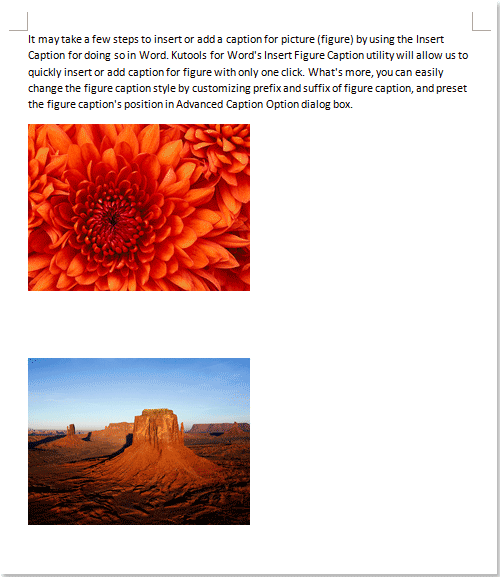 1. Click on the picture which you want to insert or add caption for, and then apply this utility by clicking Kutools Plus > Insert > Figure Caption.

2. Then it will quickly insert the caption for the picture as shown in the below screenshots.

1. Please click the anchor at the bottom-right corner of the Captions group under the Kutools Plus tab and to bring up the Advanced Caption Option dialog box as shown in below screenshot.

This is only one tool of Kutools for Word

Kutools for Word frees you from performing time-consuming operations in Word;

Easy to use and install in Windows XP, Windows 7, Windows 8 / 10 and Windows Vista;