Easily convert text to caption for all figures in Word

Easily convert text to caption for all figures in word

Easily convert text to caption for all figures in word

If you have texts with numbers under or above figures as shown in the below screenshot and want to convert them to figure captions, you can quickly get it done as follows: 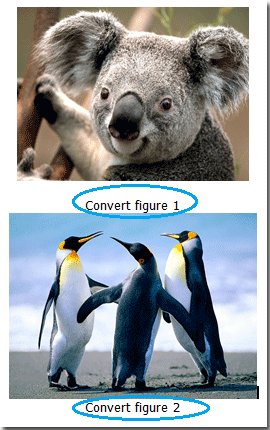 If you want to convert the text above or below figure or iamge by replacing it with system figure caption style, please check Convert to system caption option, and then click OK button. 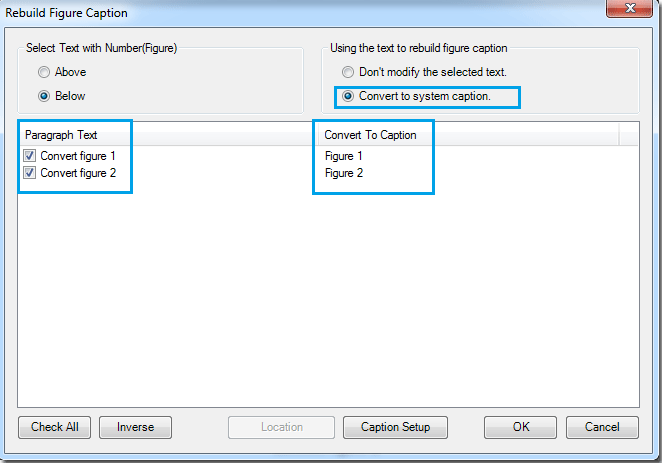 Or, if you want to convert and keep the text above or below figure as figure caption, please check Don't modify the selected text option, and then click OK button. 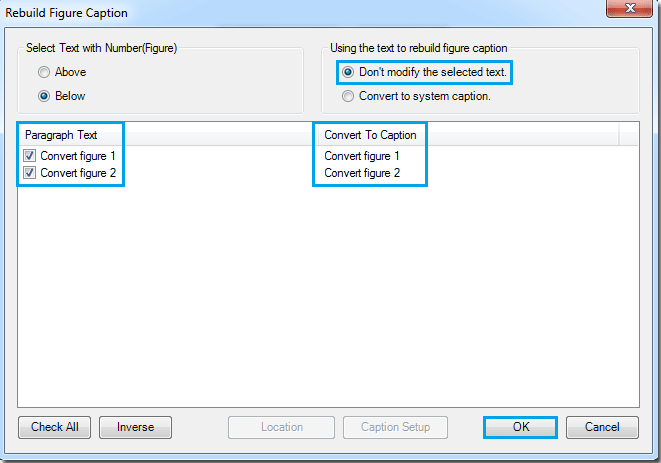 3. According to the settings, you can have following two types of figure captions. See screenshots:

Tip: If you don’t want to convert some texts above or below figures or images as figure captions, please uncheck them under the Paragraph Text list. See screenshot:

Kutools For Word - More Than 100 Advanced Features For Word, Save Your 50% Time