Create a bidirectional bar chart with only several clicks

Bidirectional bar chart is a type of chart that displays two sets of data side by side, with the help of this chart, you can make comparisons and spot any differences between the two sets data at a glance. This article, I will talk about how to create a bidirectional bar chart in Excel by using a powerful tool - Kutools for Excel, with its BiDirectional Bar Chart feature, you can create this type of chart with only several clicks.

For creating a bidirectional bar chart in Excel, please do with the following steps: 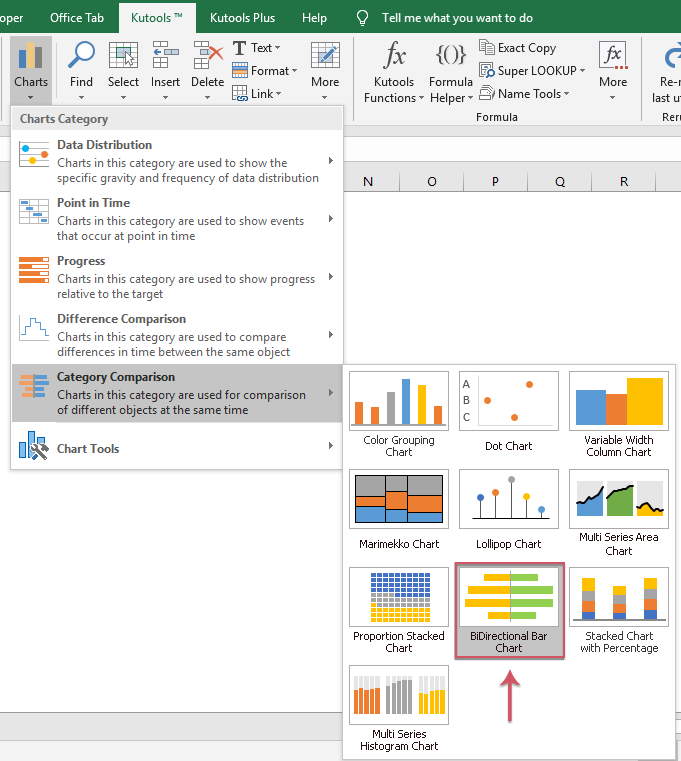 3. And then, click OK button, a Bidirectional bar chart has been created immediately, see screenshot: