Prepare two sets of data you want to compare in the chart, and then do as follows to create a bidirectional histogram chart in Excel. 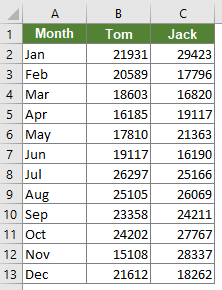 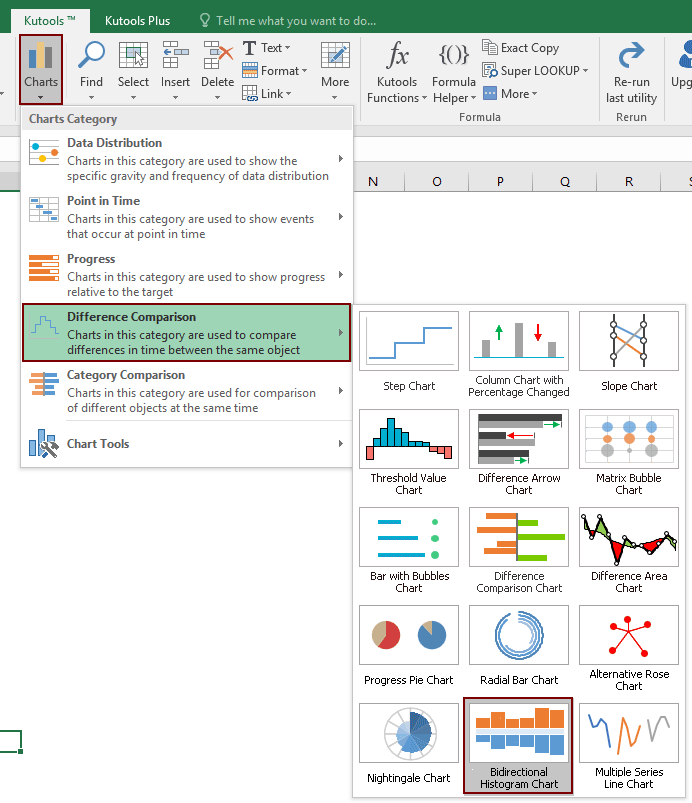 2. In the Bidirectional Histogram Chart dialog box, please do as follows.

Note: Click the Example button to open the sample workbook of this feature.

3. Then a Kutools for Excel dialog box pops up, click Yes to go ahead.

Now a bidirectional histogram chart is created as the below screenshot shown. 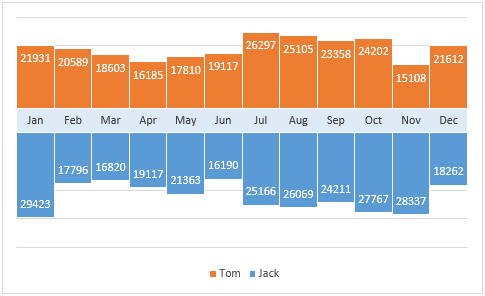 Note: This feature does not work in Excel 2010 and earlier versions.