To break the link between chart and original data, Kutools for Excel’s Detach Chart can help to convert the referenced data in the chart to actual values for delinking the chart as the second screenshot shown with only one click.

After installing Kutools for Excel, to break link between chart and source data, please do as this:

1. Click to select the chart that you want to break links with the source data, and then click Kutools > Charts > Chart Tools > Detach Chart, see screenshot: 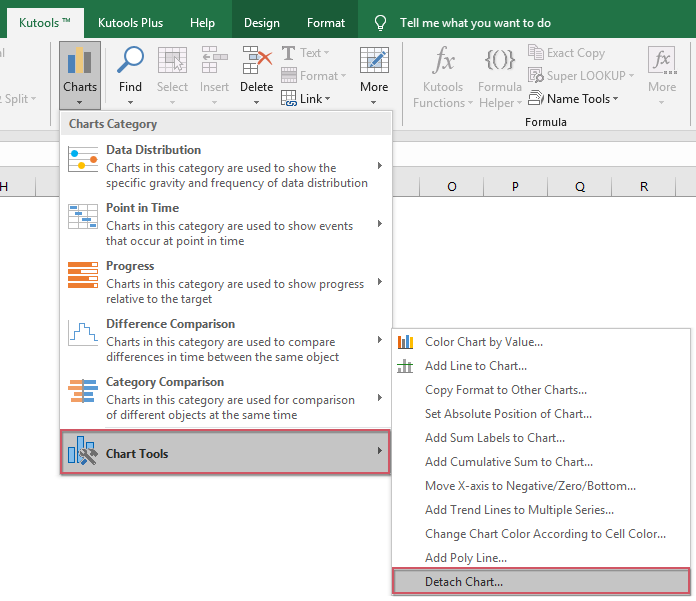 2. And then, a prompt box is popped out, click OK, now, the link between the chart and source data has been delinked at once, see screenshot:

Note: If you want to recover the link, this feature supports Undo (Ctrl + Z).