In Excel, a bullet chart is used to show the difference between the target value and the actual value, generally, a bullet chart is composed by comparison range, target marker and actual bar as below screenshot shown. When you need to create this type of chart in Excel, unfortunately, there is not a direct way for you to achieve it in Excel, but, in this article, I will talk about an easy feature-Bullet Chart of Kutools for Excel, with this useful tool, you can create this bullet chart with only several clicks. 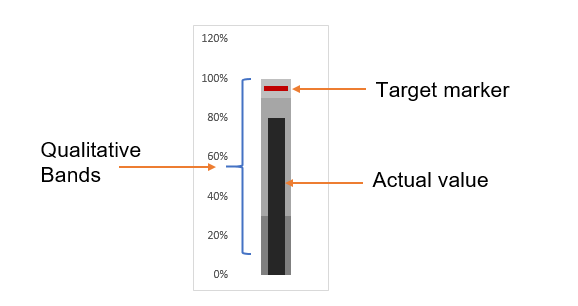 Quickly create a vertical or horizontal Bullet Chart in Excel

Quickly create a vertical or horizontal Bullet Chart in Excel

Supposing, you have the following table which is a report for a product satisfaction, there are levels of the performance that are “Fair”, “Good” and “Excellent”，the target and actual values are also displayed at the bottom of the table. 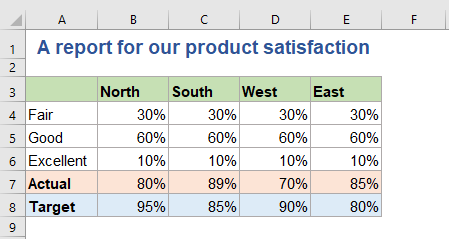 To create a bullet chart, please do with the following steps: 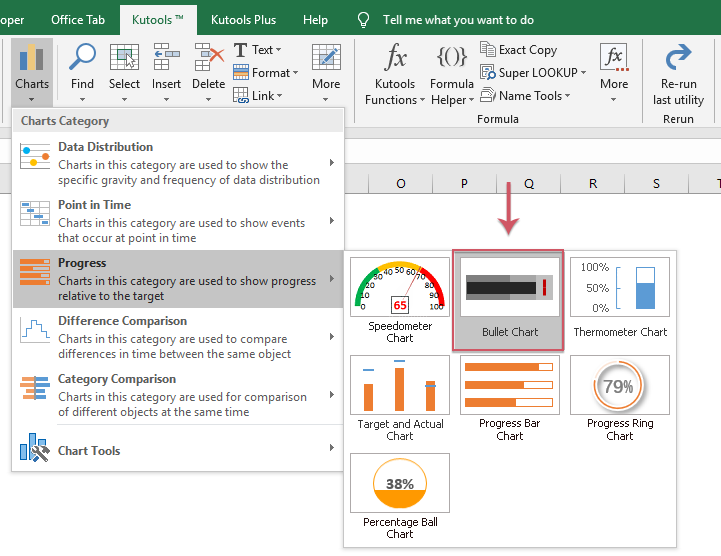 2. In the Bullet Chart dialog box, please do the following operations: 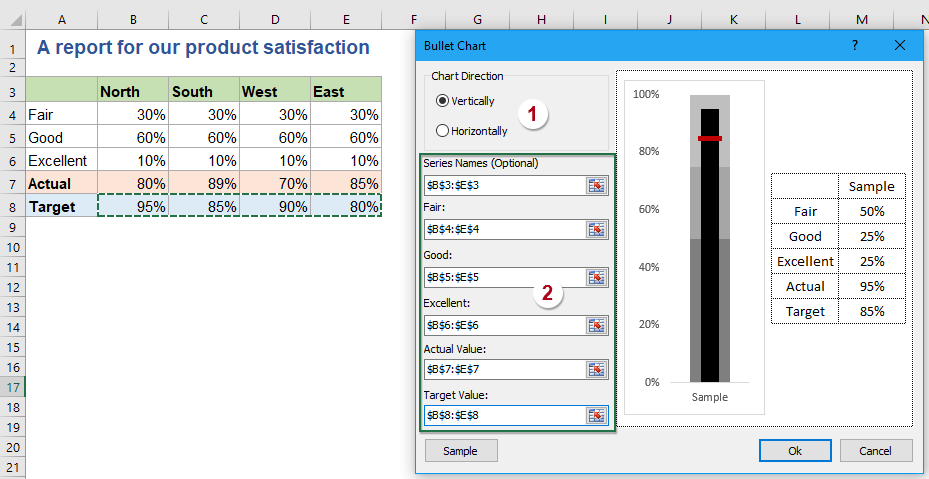 3. After finishing the settings, please click Ok button, and the bullet chart will be created as below screenshots shown:

1. In the Bullet Chart dialog box, you can click the Sample button to open a new workbook with the sample data and sample Bullet Chart for knowing how it works in your first time applying.

2. If you want to change the color for the data series to your need, you just need to click each data bar individually, and then format the desired color you like. See screenshot: 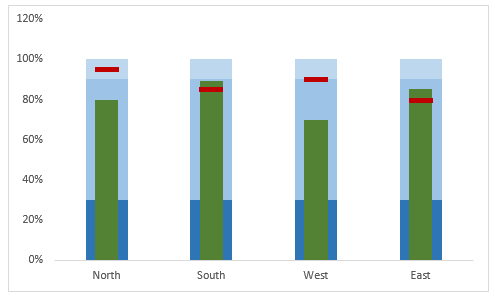