Supposing, you have a list of test strings in a worksheet, now you want to count the number of times a specific character or letter appears within a cell. Are you still counting the occurrences of that specified character one by one manually? Kutools for Excel’s COUNTCHAR function can quickly count specific character appearing times in a cell.

COUNTCHAR function: Counting the number of times a character appears in a string 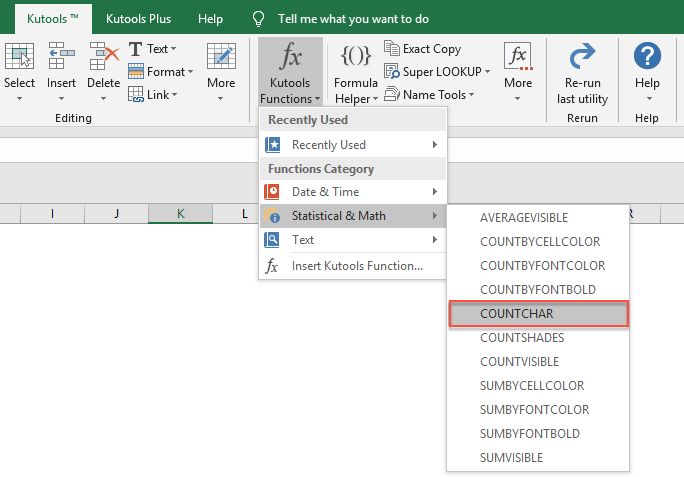 COUNTCHAR function: Counting the number of times a character appears in a string

Take the following data for example, I want to count the number of the letter “c” which appears in the cell A1, please do as follows:

1. Select one cell where you want to put the result. 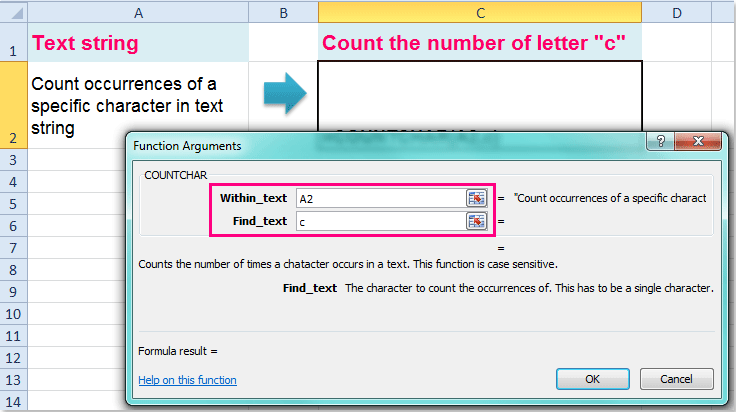 3. And then click OK to close the dialog, you will get the number of times that specific character appears, see screenshot:

1. This function is case sensitive.