Quickly remove all html objects (such as checkbox) in Excel

To copy and paste contents from internet / website in Excel, sometimes there may be some html objects you want to get rid of, such as html checkbox, html buttons, html drop down lists, html formatting and so on. Kutools for Excel's Delete Web Controls utility can quickly remove the all html objects. 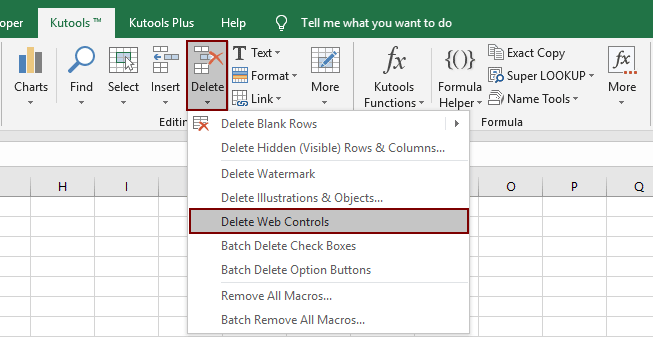 2. Then click Yes. And all of the web controls in the current worksheet have been removed. See screenshots: