Find and select merged cells in Excel with one click 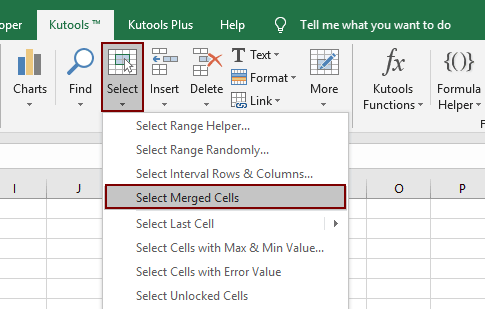 1. Highlight the range that you want to select the merged cells.

2. Then apply the utility by clicking Kutools > Select > Select Merged Cells, and all of the merged cells have been found and selected. See screenshots:

Demo: Find and select merged cells in a range