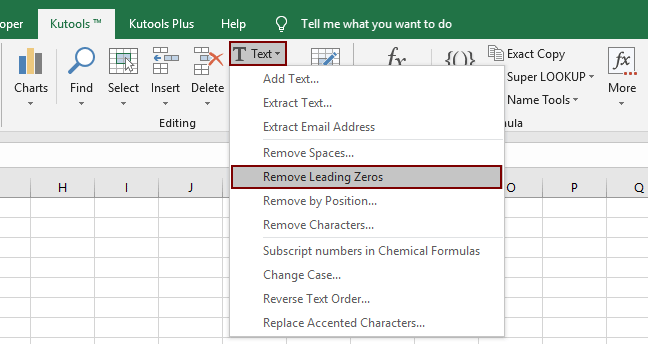 To remove leading zeros from text strings, you just need to do as follows:

1. Select the range you want to remove leading zeros from, and click Kutools > Text > Remove Leading Zeros. Then a dialog pops out to remind you how many cells have been removed the leading zeros. See screenshot: 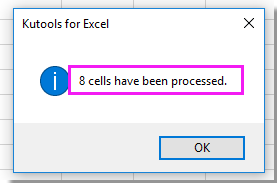 2. Click OK to close it. Now the leading zeros have been removed from all selected text strings in bulk. See screenshot: 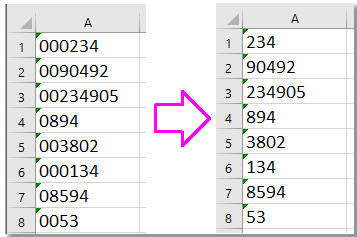