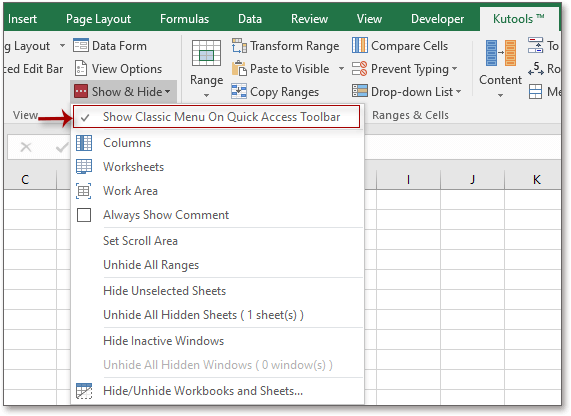 Then the classic menu has been added into the quick toolbar. 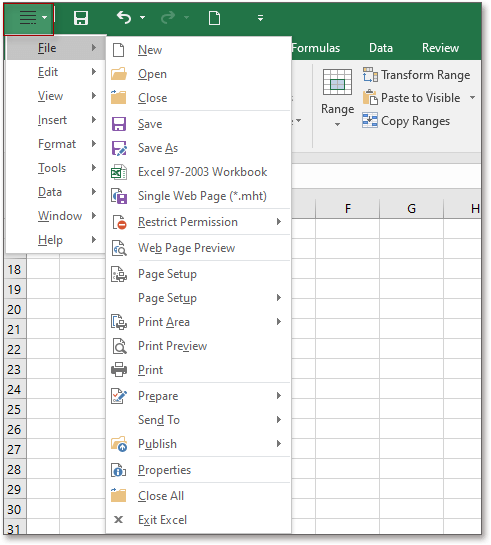