Supposing you want to create a slope chart based on the table data as the below screenshot shown, please do as follows to get it down. 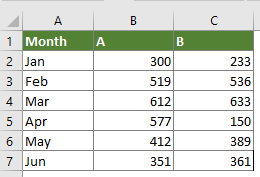 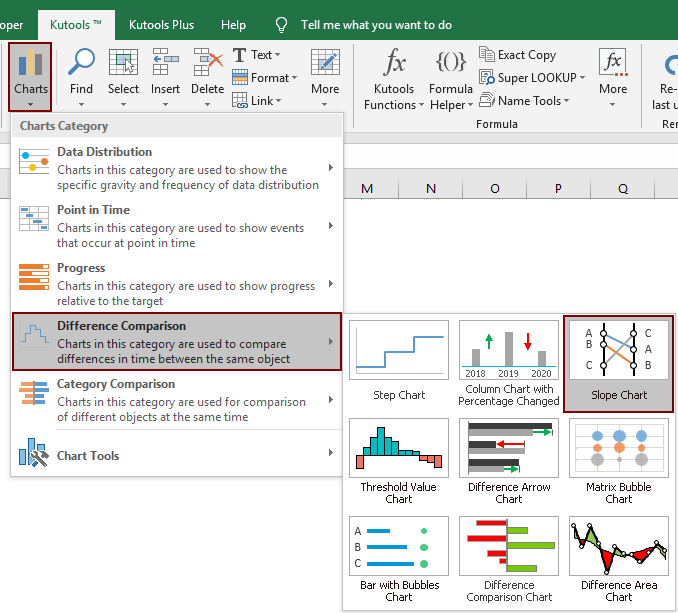 2. In the popping up Slope Chart dialog box, please configure as follows.

1. If you want to add data labels to the series, please check the Show values box;
2. Click the Example button to open the slope chart sample.

Now a slope graph is created in current worksheet as the below screenshot shown. 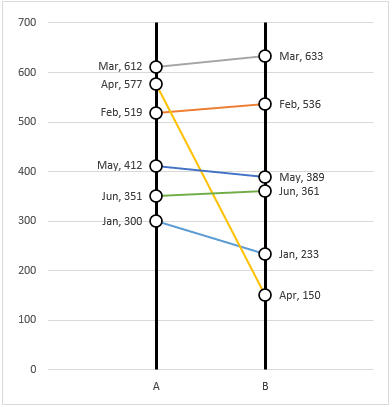