To lookup a value between two values and return the corresponding result in Excel, the LOOKUP function can help. If you are not good at applying formulas, the LOOKUP between Two Values feature of Kutools for Excel is your best choice. With this feature, you can easily lookup values between two numbers with clicks only.

As the below screenshot shown, you want to return the corresponding grade for each person if the score is between the given Max and Min values. Please do as follows. 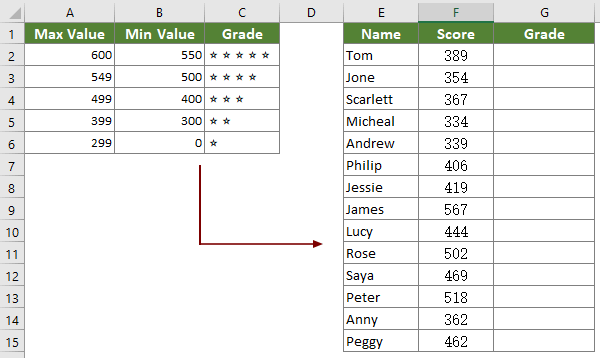 2. In the LOOKUP between Two Values dialog box, please do the below settings. 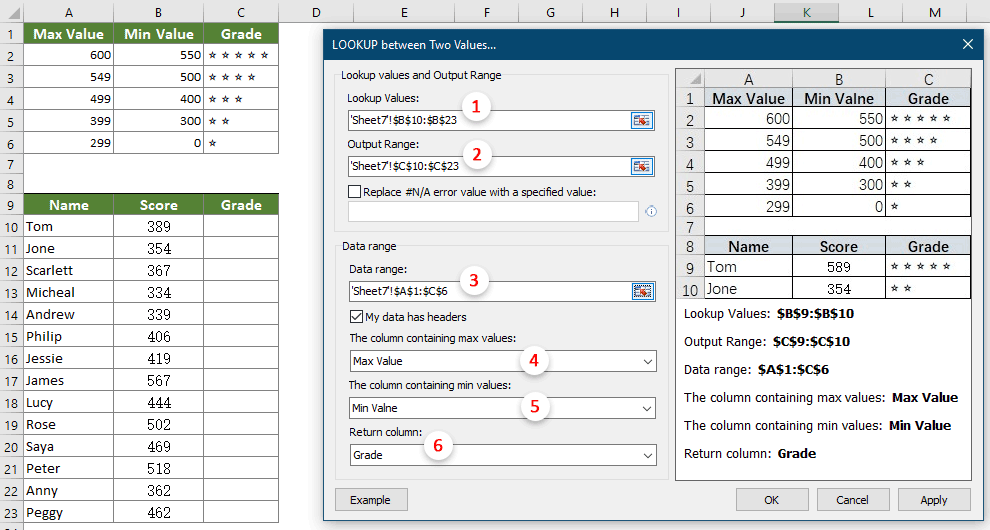 Then the results are outputted in selected cells as below screenshot shown.

You can see formulas are created at the same time. When changing the lookup values, the results will be updated automatically. 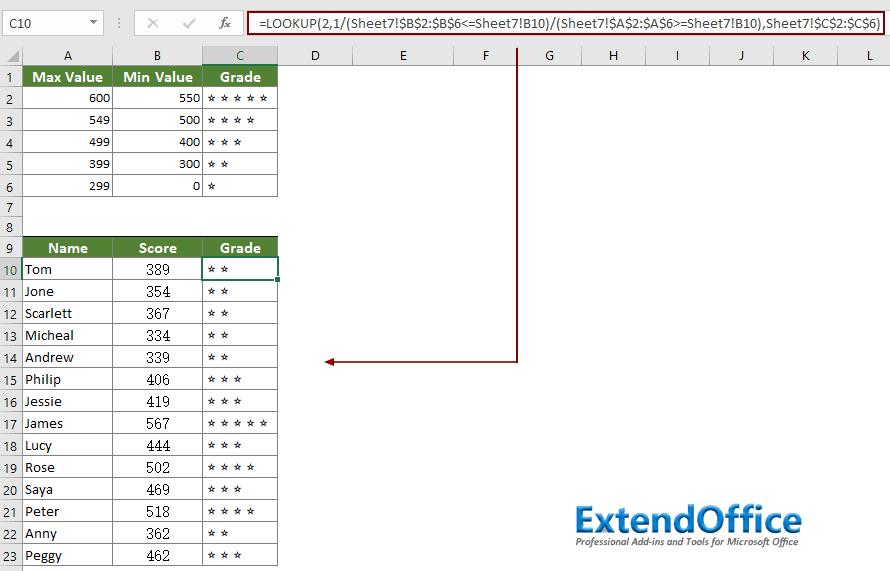