Quickly create a drop-down list with images in Excel

How could you create this type of drop down list in Excel quickly and easily? With Kutools for Excel’s Picture Drop-down List feature, you can create multiple drop down lists with their relative images with only several clicks.

To create multiple drop down lists with images, please do with the following steps:

1. First, you should create two columns which contain the values and relative images in your worksheet. See screenshot: 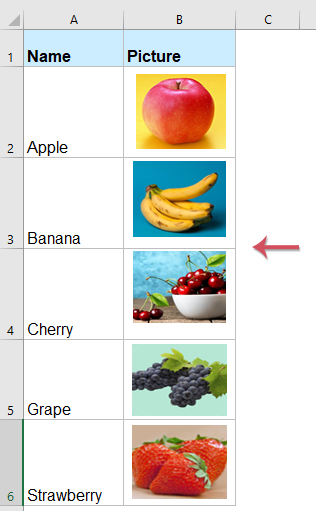 3. In the Picture Drop-down List dialog box, if you have created the columns of cell values and images, please ignore Step1, then, select the original data and image range in Step2, and in Step 3, select the output range where you want to create the drop down lists with images, see screenshot: 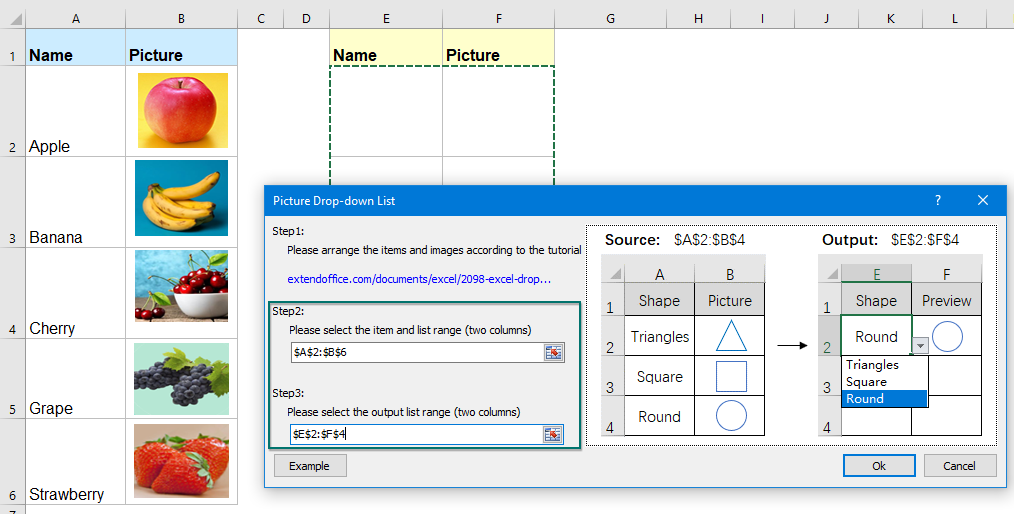 4. And then, click Ok button, the drop down lists with images have been created into the selected range, Now, when you select an item from the drop down list, its corresponding picture will be displayed at once, see below demo:

1. When applying this feature, a hidden sheet named PDL with some intermediate data will be created, please don’t delete this sheet, otherwise, the created results will be invalid.

2. Some range names will be generated into the Name Manager automatically when applying this feature, please don’t delete these names, otherwise, the created results will be invalid. 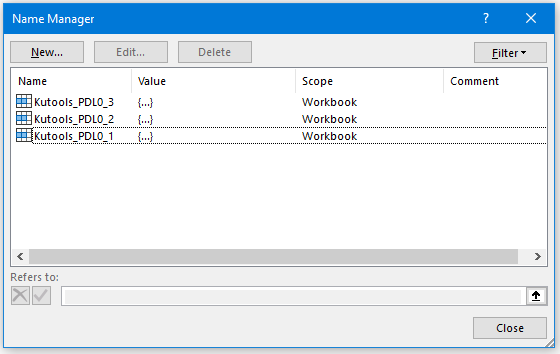 3. The workbook will get stuck if you generate too many drop down lists with images by using this feature.

4. When you create the original data with images, please make sure the image does not go beyond the scope of the cell.