In Excel, we usually use a stacked bar chart to show the progress of a project, which is tedious and normal. Here with Kutools for Excel, its Battery Chart feature of Charts group can help you quickly create an attractive chart which displays the progress by using the amount of battery remaining as below screenshot shown. 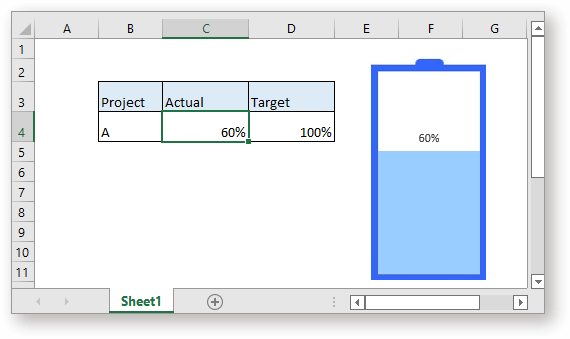 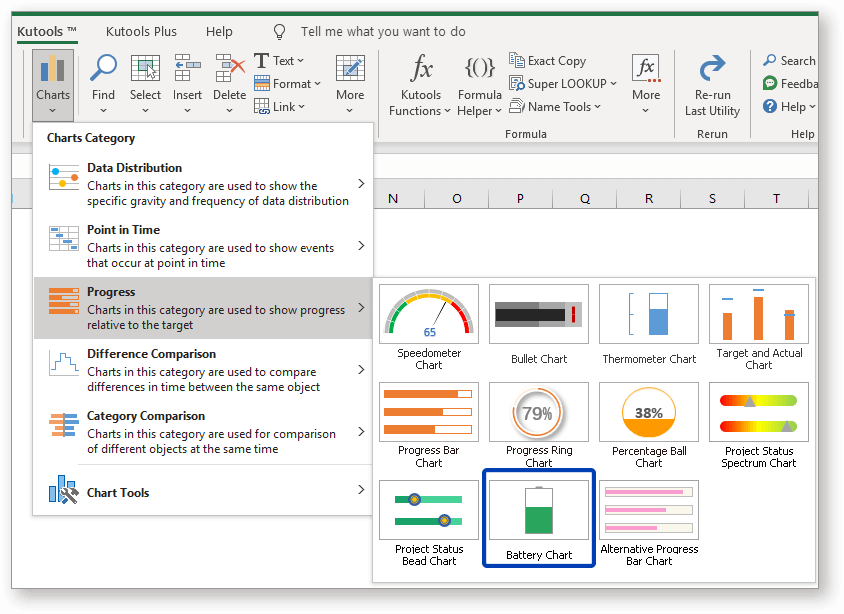 In the popping Battery Chart dialog, specify the Actual Value and Target Value (Optional) as you need. 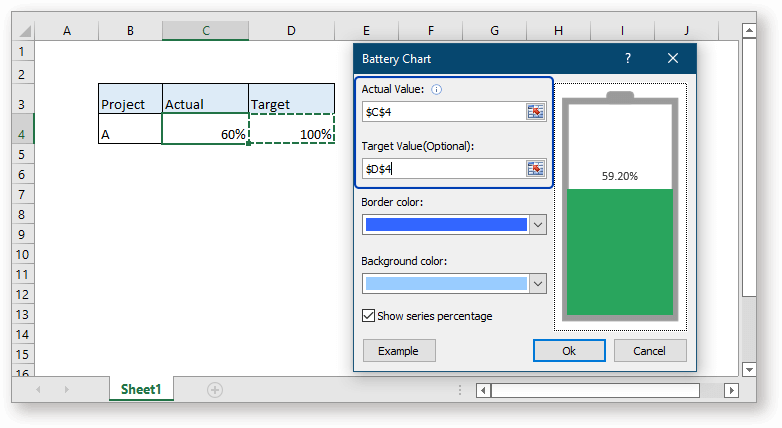 Then in the Border color and Background color sections, choose the colors as you need. 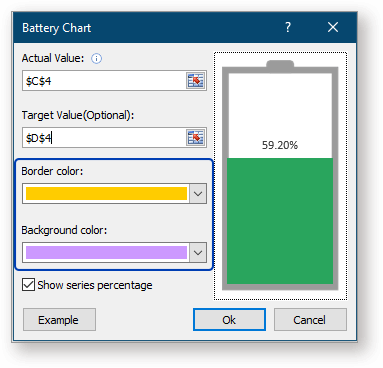 Tick Show series percentage checkbox if you want to show the actual value as label in the chart.

1) You can directly type values into Actual Value and Target Value textboxes, or click

button to select the cell references. But you cannot manually type one value and then use cell reference as another value, otherwise it will pop out a warning dialog as below screenshot shown: 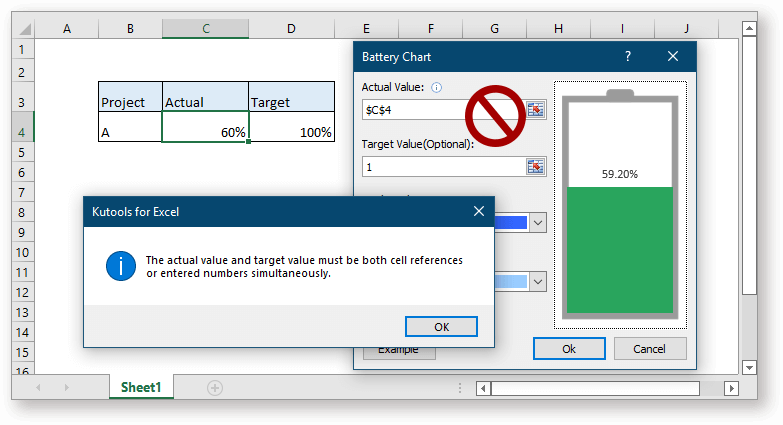 3) Before you using this feature, you can click the Example button to realize how the chart work.

4) The Battery Chart does not support Excel 2013 and earlier versions.