Supposing you need to create a difference area chart in Excel based on the data as the below screenshot shown, please do as follows. 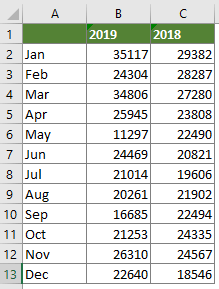 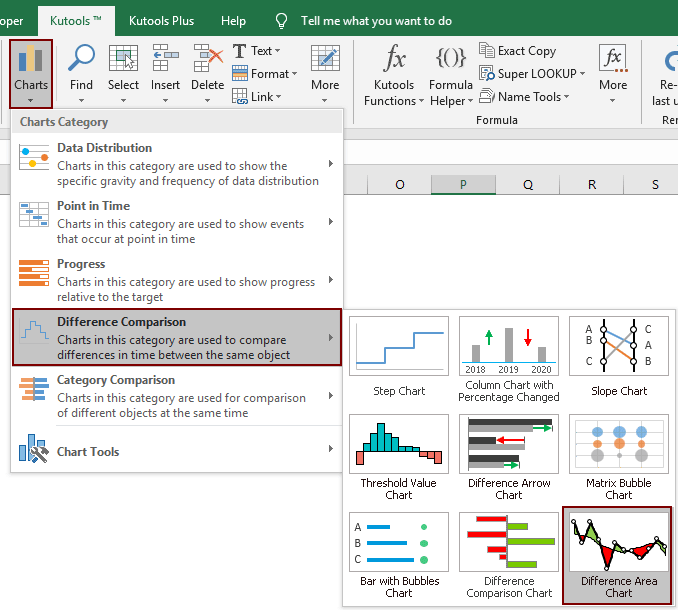 2. In the Difference Area Chart dialog box, you need to configure as follows:

Note: If you have selected the data range in step 1, ranges will be automatically outputted in the corresponding boxes. Otherwise, select the ranges one by one manually. 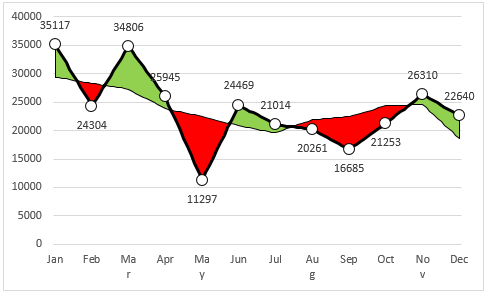