Normally, when using Excel built-in feature to create a column chart for multiple series, all series are displayed in the chart at the same time (see the screenshot below). 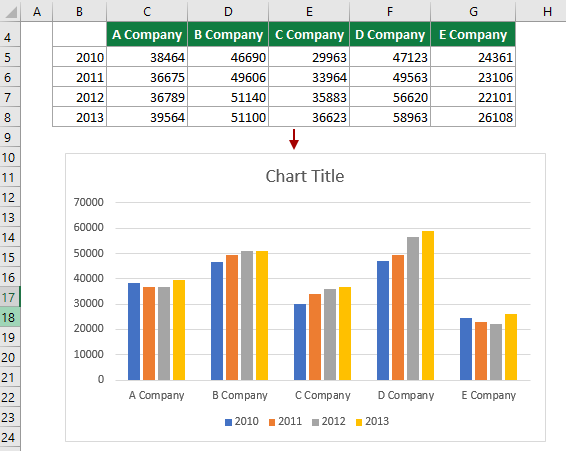 Suppose you have an annual sales table of different companies as shown in the screenshot below, to create a dynamic column chart based on the annual sales, please do as follows.

Or you can select the table range beforehand and then enable this feature. 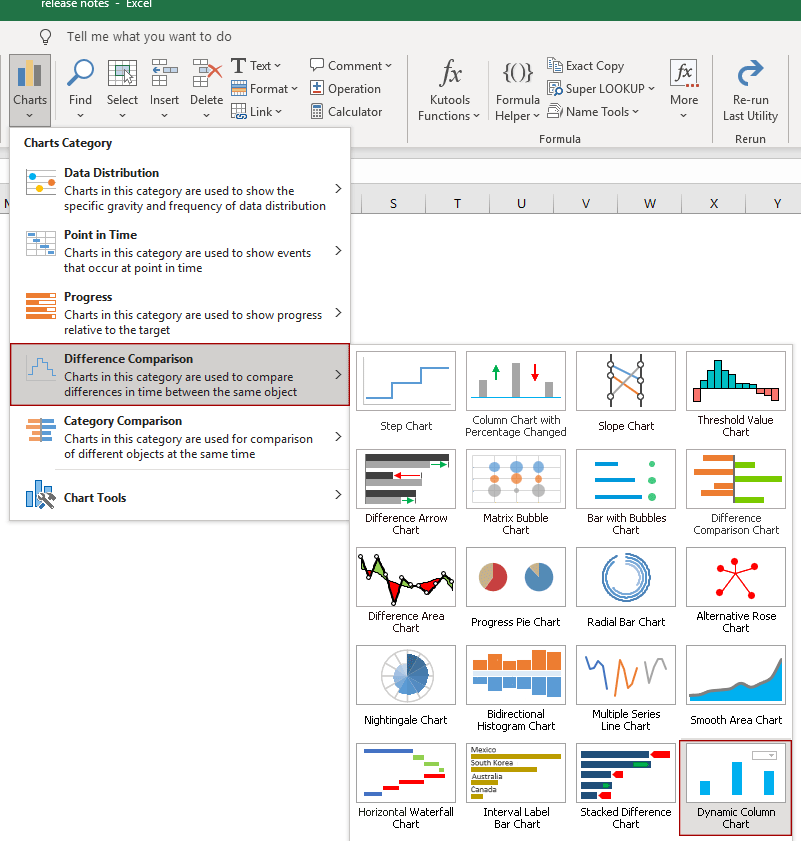 2. In the Dynamic Column Chart dialog box, you need to do the following settings. 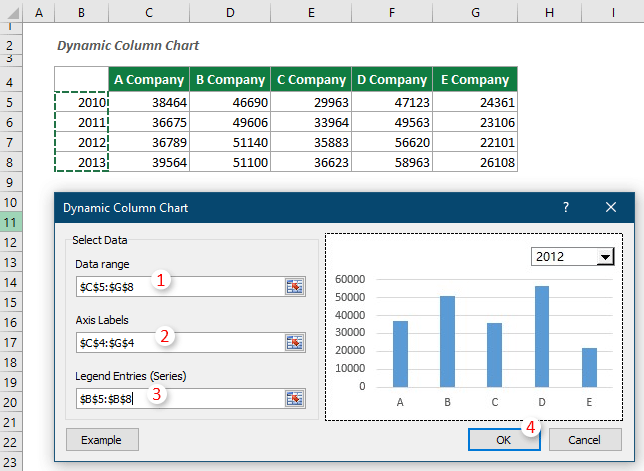 1) If you select the whole range beforehand and then enable this feature, the corresponding fields will be filled with correct data range automatically.
2) You can click the Example button to open the sample file to learn more.

Then a dynamic column chart is created. You can decide which series to be displayed in the chart by selecting the series name from the drop-down list.