Let's say you need to extract numbers from a cell mixed with text string in Excel, apart from extracting every number one by one manually, there seems no directly function to get it done easily. But with Kutools for Excel's EXTRACTNUMBERS function, you can extract all numbers from a text string cell quickly.

Supposing there are cells mixed with text strings and numbers, and you need to extract numbers form the cells. You can get it done quickly with the EXTRACTNUMBERS function as the following steps:

2. In the throwing out Function Arguments dialog box, you need to:

button to specify the cell from which you want to extract numbers. Or you can directly enter the reference cell into the Txt box;

(2) Keep the N box blank, or enter TRUE or FALSE based on your needs. 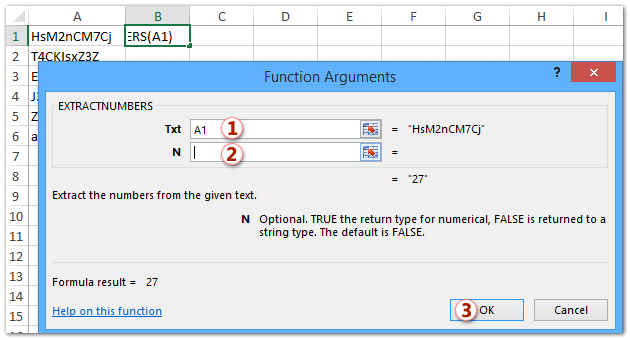 3. Click the OK button. Now you will see numbers are extracted into the selected cell at once. 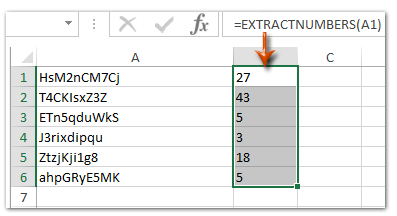