Index a value by matching multiple columns in Excel

Supposing in an Excel worksheet, there is a table containing multiple columns as below screenshot shown, column A contains Class numbers, column B, C, D contain student names. Here we want to get which class the students in the column F are in. In this case, the Index and match on multiple columns feature in Kutools for Excel can quickly index a value by matching multiple columns in Excel.Demo

Apply this feature by clicking Kutools > Formula Helper > Formula Helper, then in the popping Formula Helper dialog, choosing Lookup from the Formula Type drop-down list, and selecting Index and match on multiple columns from the list in Choose a formula section. See screenshot:

Following below steps to look up values matching criteria across multiple columns: 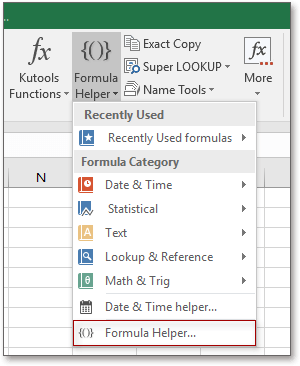 2. In the popping Formulas Helper dialog, you can enable the Index and match on multiple columns through two ways.

1) Choose Lookup from the drop-down list of Formula Type, then select Index and match on multiple columns in the section of Choose a formula. 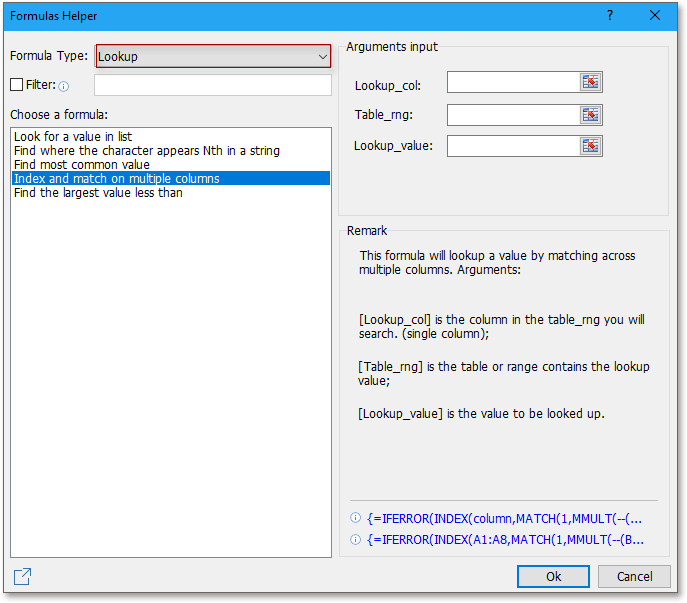 2）Check Filter checkbox, then type “match” to beside textbox, then you can find the Index and match on multiple columns list in the Choose a formula section. 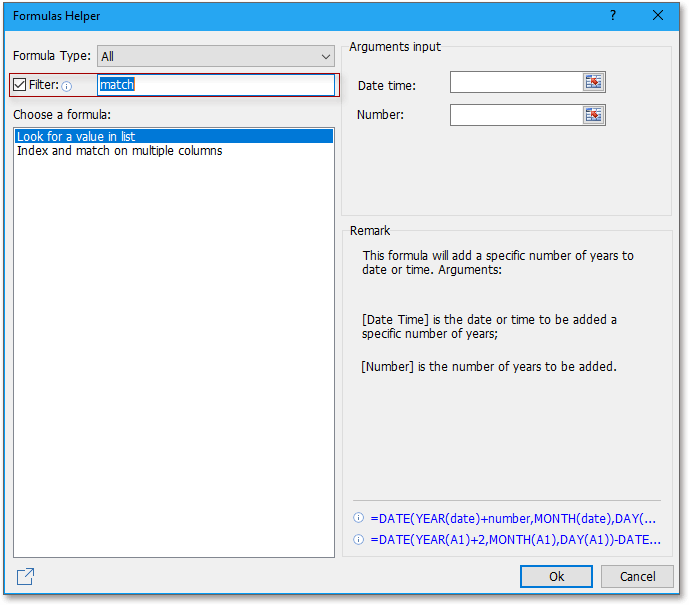 3. In Argument input section on the right of the Formulas Helper dialog, click

to select the lookup column, table range and lookup value as you need.

Lookup column: the column that you want to return values from.

Lookup value: the value (single cell) that you want to look up. 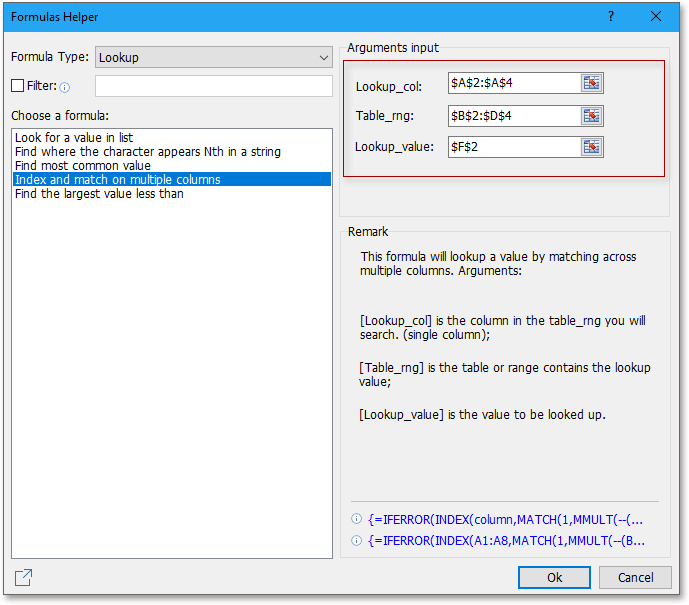 4. Click Ok, the corresponding value to the first lookup value has been found.

If you need, drag fill handle over cells to apply this feature.

If this feature does you a favor, you could click 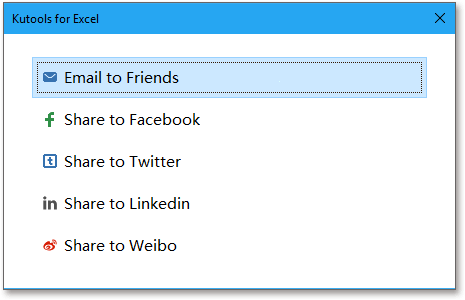