Excel provides several functions to concatenate text from multiple cells such as the CONCATENATE function, the TEXTJOIN function or the & symbol. This article is going to show you a handy formula – Values are connected with specified characters of Kutools for Excel. With this formula, you can easily join text from multiple cells with specific characters without manually handling formulas.

Please do as follows to join multiple cell values into one in Excel.

1. Select a blank cell to output the result. 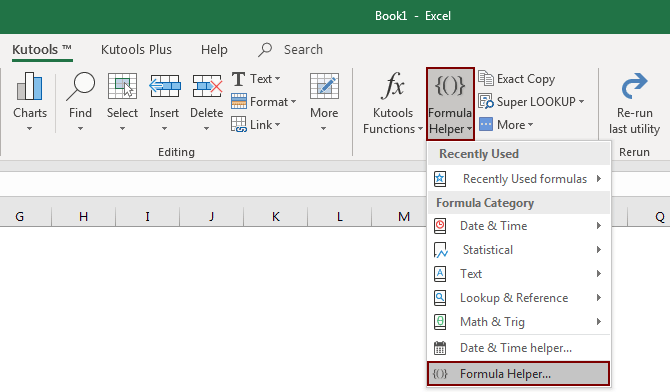 3. In the Formulas Helper dialog box, configure as follows.

3.1) In the Choose a formula list box, select Values are connected with specified characters;
Tips: Check the Filter box, enter relative characters or words to filter needed formula.
3.2) In the Range box, select a range of cells to be joined;
3.3) In the Character(s) box, enter a delimiter or select the cell containing a delimiter for separating the combined data;
Note: The delimiter is used to separate the joined texts. It can be a text string, one or more characters.
3.4) Click OK. 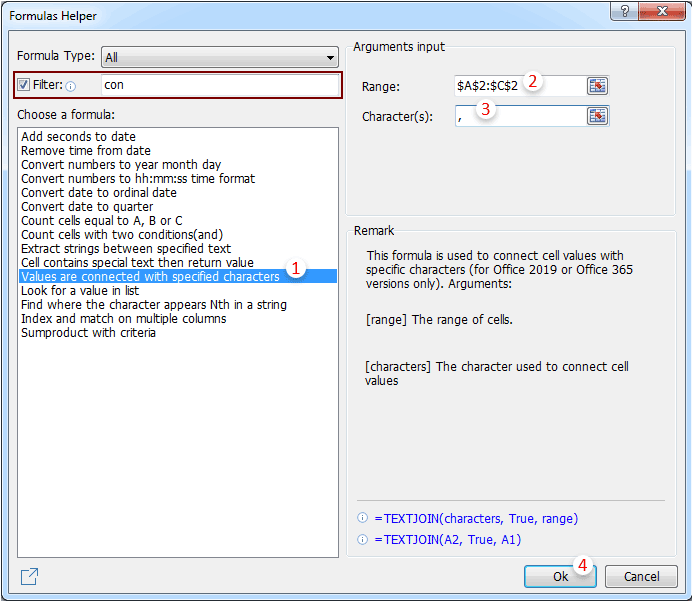 Then texts in selected cells are concatenated into one cell as the below screenshot shown. 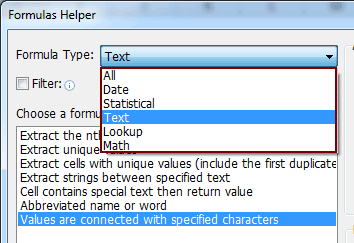 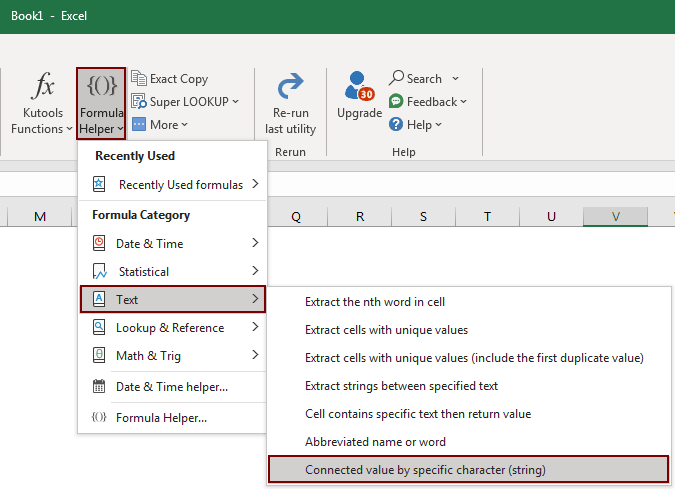