Quickly create a Mosaic or Marimekko chart in Excel

Mosaic chart also named as Marimekko chart which is used to visualize data from two or more qualitative variables. In a Marimekko chart, the column widths show one set of percentages, and the column stacks show another set of percentages as below screenshot shown. Unfortunately, there is no built-in feature for creating this type of chart, but, if you have Kutools for Excel, you can create a mosaic chart with ease. 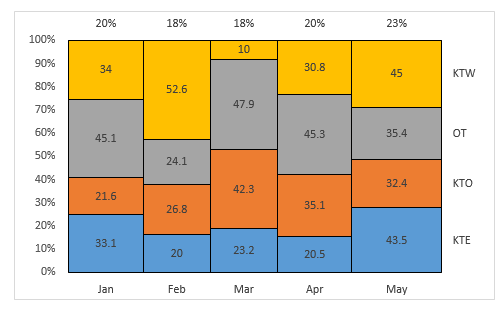 Create a Mosaic or Marimekko chart in Excel

Create a Mosaic or Marimekko chart in Excel

Supposing, you have a sales report of the products in your company, to create a Mosaic or Marimekko chart based on the data, please do as this: 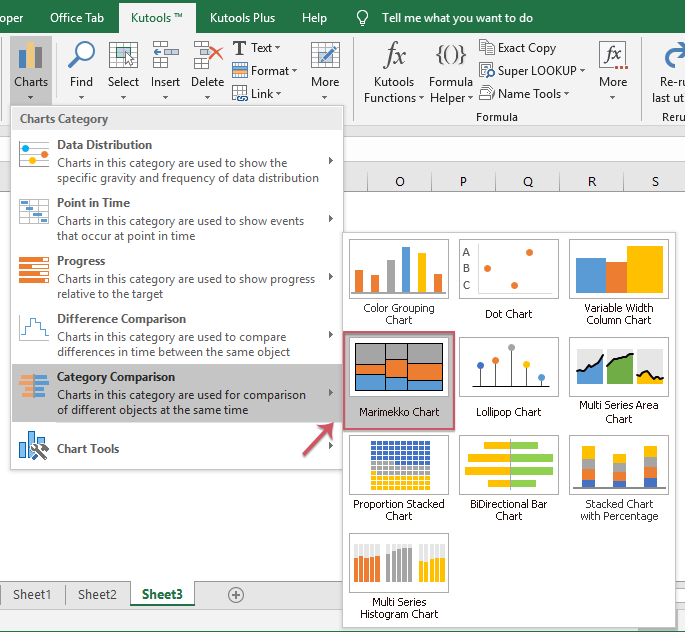 2. In the popped out Marimekko Chart dialog box, select the data range that you want to create chart based on (including the column and row headings), and then specify the options under the Options box that you want to display on the chart, see screenshot:

3. Then, click Ok button, and a prompt box will pop out to remind you a hidden sheet will be created, see screenshot:

4. Click Yes button, a Marimekko chart has been inserted at once, see screenshot:

1. This chart feature is not applied to Excel 2007 and earlier versions.

2. In Excel 2010, the series names, series percentages, data labels and x axis will not be updated when the cell value changes in the original data.

3. The chart will not be displayed correctly if there are negative values.

4. Click Example button to open a new workbook which contains the sample data and chart.