To create a multiple series histogram chart, please do with following steps: 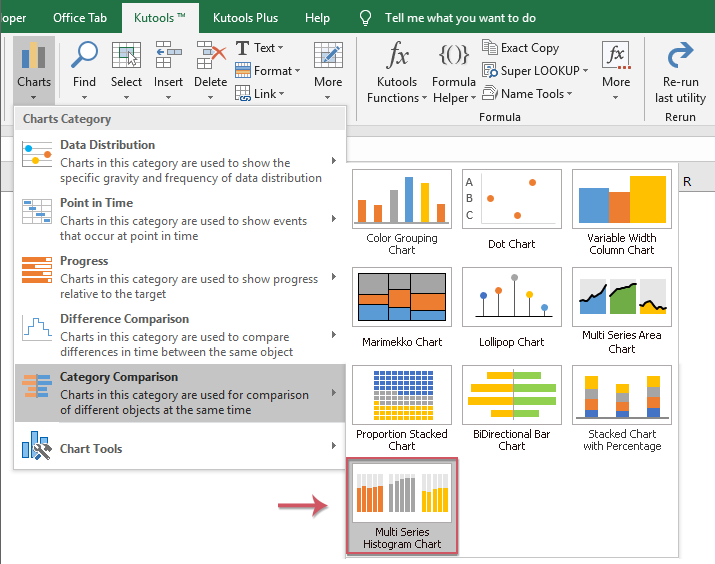 3. Then, click Ok button, a multiple series histogram chart has been created as below screenshot shown: