Excel does not support a direct way to create such a chart, but with the Charts tool of Kutools for Excel, you can apply the Project Status Spectrum Chart feature to quickly draw this chart by 2 steps. 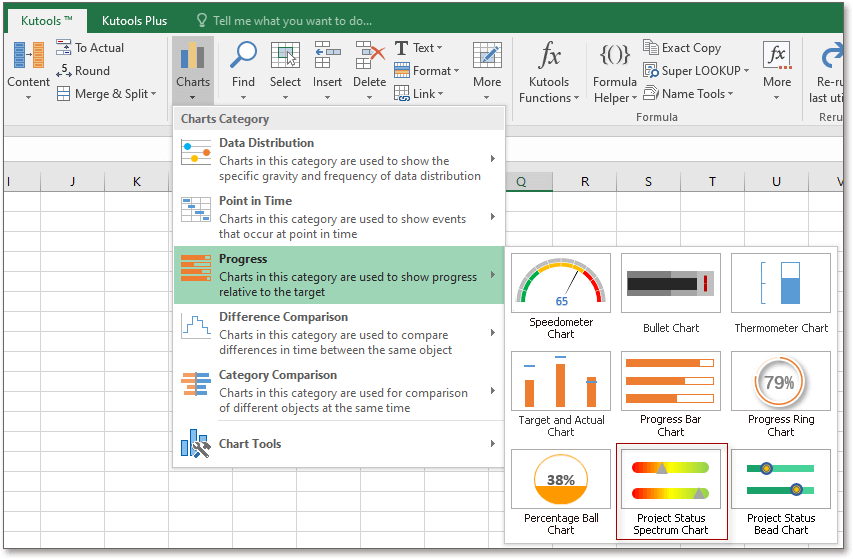 to specify the cell ranges of axis labels and series values separately.

Click Ok, then a project status spectrum chart is created. 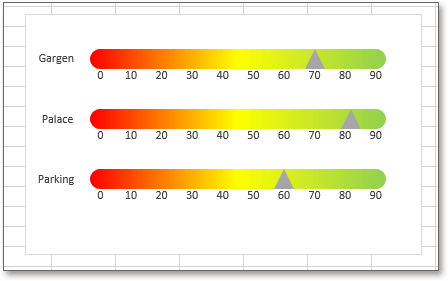 next to Axis Labels to select the series legends that you want to show in the chart.

next to Series Values to select the values of each series.

Example: If you use this utility for the first time, you can click the Example button, which will open a new workbook which contains example data and the created project status spectrum chart for you to study.

1)If the original data is changed greatly, the chart may display incorrectly. You’d better to recreate it again.

2)If you have selected the data excluding headers before applying the Project Status Spectrum Chart, the data range will be automatically filled into the Axis Labels and Serie Value sections.

3)This feature does not work in Excel 2007 and earlier versions.