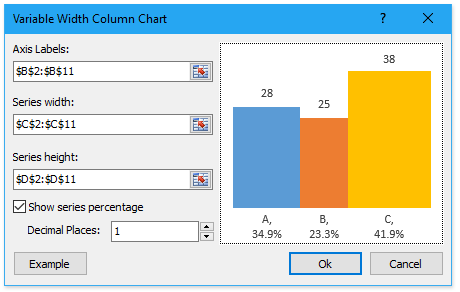 You can apply the Variable Width Column Chart, provided by Kutools for Excel, to quickly create a variable width column chart in Excel.

1. In Excel, prepare the source data as below screenshot shown. 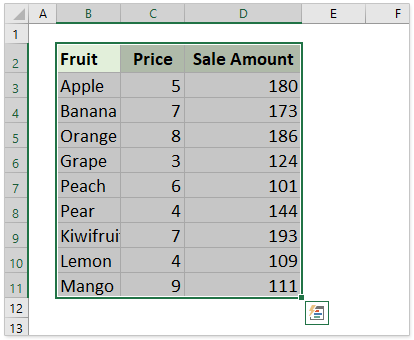 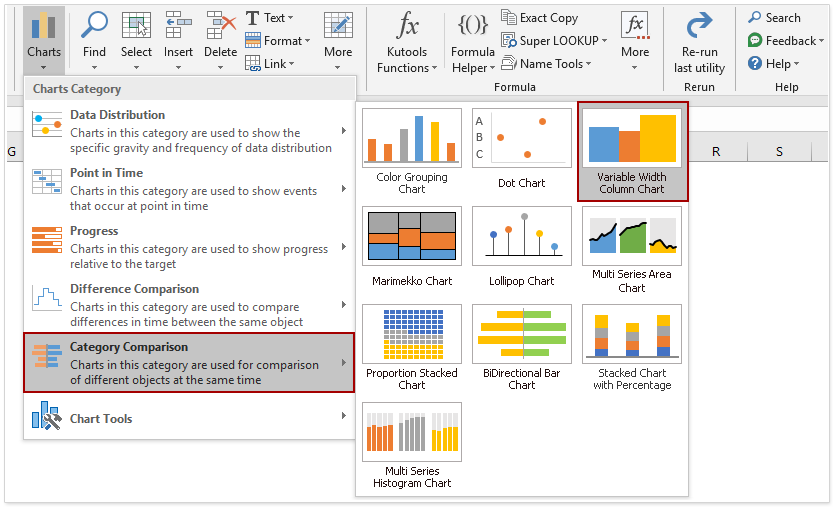 4. A dialog comes out and tells you it will create a hidden sheet to store some intermediate data for the variable width column chart. Please click the Yes button to go ahead.

If you have ticked the Show series percentage option in above Variable Width Column Chart dialog, the chart will look like following screenshot:

If you have not ticked the Show series percentage option in above Variable Width Column Chart dialog:

2. When creating the variable width column chart, it generates intermediate data. We can read the data as follows:
(1) Right click any sheet tab in the Sheet tab bar, and select Unhide from the context menu;
(2) In the Unhide window, click to select Kutools_Chart sheet, and click the OK button.

(3) Then we can read the intermediate data in the Kutools_Chart sheet as following screenshot shown: 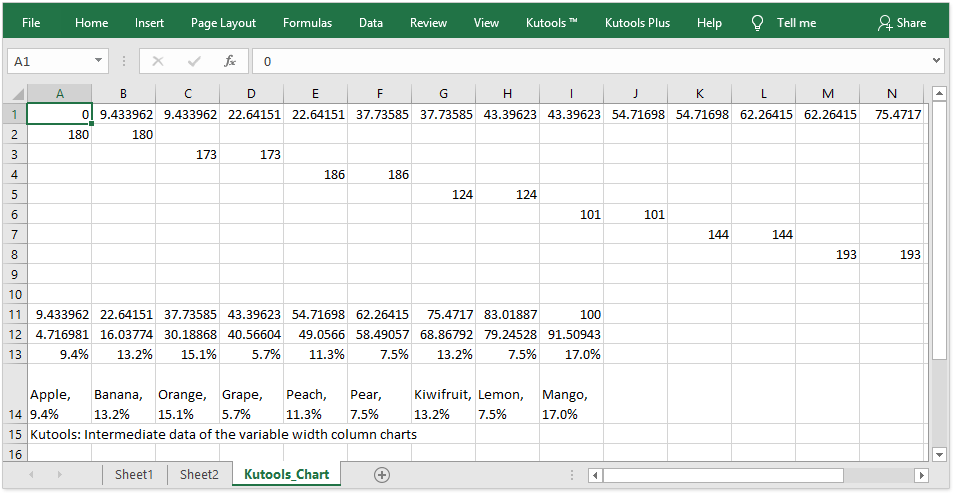 3. In the Variable Width Column Chart dialog, you can click the Example button to close the current dialog and open the example sheet. 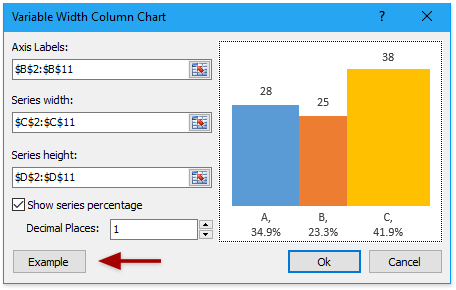 4. This Variable Width Column Chart feature cannot be applied in Excel 2007 and earlier versions; In Excel 2010, this feature does not support the Show Series Percentage option; and this feature works well in Excel 2013 and later versions.