When someone tells me that working with Microsoft Word can be as easily as browsing the webpages in a tabbed window, I think it is ridiculous and weird. All we have known and wondered is that Microsoft Office does not integrate the tabbed window function even though it will be much more convenient for Word users. 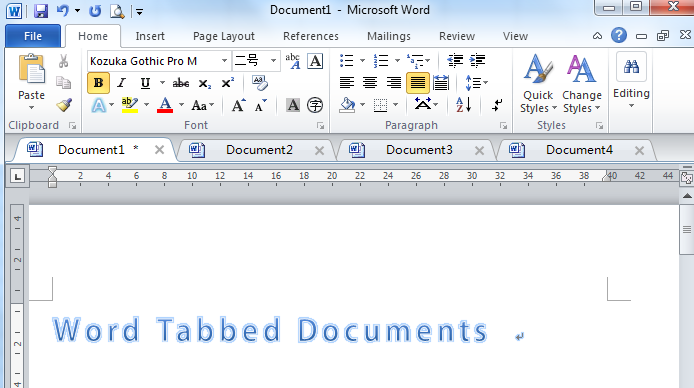 This kind of word tabbed document interface has been accepted and widely used by various users. When getting used to the word tabbed interface, you may find the taskbar crowded if there is no Office Tab installed, especially when there are more than 5 tasks operating. If you need to open more than ten documents, how can you do if there is no tabbed window interface? In short, if you are always opening several documents at a time, Office Tab must be of great help.